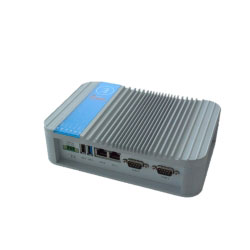 The collaboration between Red Hat and Eurotech represents a significant boost to open source IoT solutions and marks the development of the first end-to-end open source IoT platform.

Eurotech is now contributing its existing code base for its Everyware Cloud IoT cloud integration platform to the Kapua project, which is in addition to the company’s past contribution of its Everyware Software Framework (ESF) under the Kura project.

Both Red Hat and Eurotech, leaders in the Eclipse IoT community, plan to participate actively in Kapua and Kura, developing and testing code, collaborating with other contributors, and integrating existing open source projects that are integral to IoT solutions such as Apache Camel, ActiveMQ and Drools.

An essential component of the platform is a gateway, designed to address the problems of scalability, performance latency, reliability and security inherent to complex IoT implementations. Earlier this week, Eurotech announced the ReliaGATE 20-26, powered by Red Hat, a gateway that provides data and device management services for IoT deployments encompassing hundreds of thousands of devices.

By pushing computing to the network edge, the intelligent gateway can remove the need to transmit masses of data back to a central datacenter for processing. Instead, essential data aggregation, data transformation, integration, and routing are handled by the gateway closer to physical devices, triggering business rules that can automate machine operations in near real-time.

“The Kapua Project, driven by Red Hat and Eurotech and based on Eurotech’s Everyware Cloud, provides a critical piece of the fully open IoT cloud platform, enabling IoT developers to embrace the flexibility, scale and reliability of open source for next-generation deployments,” said Marco Carrer, Eurotech Group’s CTO. “The combination of our open sourced IoT technology and Red Hat’s expertise in community building will help drive a more open, more innovative software landscape when it comes to building and deploying IoT implementations.”

“Open source is the foundational element of many modern IT innovations, from cloud computing to Linux containers, and the Internet-of-Things is no different,” said Mark Enzweiler, Red Hat’s senior vice president, Global Channel Sales and Alliances. “By co-sponsoring Eclipse Kapua, we, along with our partner Eurotech, seek to build a flexible, stable base for future IoT innovation, a base powered by upstream communities and responsive to emerging needs around industrial IoT.”

“The richness of the Eclipse Kapua project, with its modular integration platform for IoT devices and sensors, enhances the overall Eclipse IoT offering,” said Mike Milinkovich, executive director, Eclipse Foundation. “Kapua is tightly connected to several Eclipse IoT projects and with the leadership of Red Hat, Eurotech and other project contributors, the Eclipse IoT offering continues to drive innovation in the Internet of Things and make new applications possible.”

The two companies earlier this year collaborated to simplify IoT integration and accelerate implementations of IoT projects. Red Hat and Eurotech have combined their complementary technologies with the intention of building an end-to-end architecture for IoT that will seek to bridge the gap between operational and information technology.

Eurotech and Red Hat technologies will strive to solve the problems of scalability, performance latency, reliability, and security inherent to complex IoT implementations. Based on pushing computing power to the network edge, the combined solution will help to remove the need to ship masses of data to the cloud for real-time processing by enabling essential data aggregation, data transformation, integration, and routing to occur close to the operational devices, triggering business rules that automate machine processes.