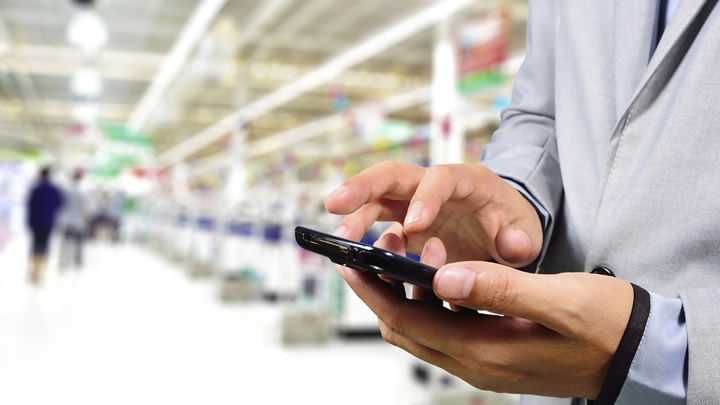 At the LIGHTFAIR International tradeshow in San Diego, the company announced a luminaire, the Philips Day-Brite LED Linear Suspended LBX, adding to its indoor positioning portfolio, which has been deployed with retailers – Carrefour in France and aswaaq in the Middle East. The energy efficient lighting system enables retailers to provide location-based services to shoppers’ smartphones to help boost sales, drive operational efficiencies and increase customer loyalty.

Philips Day-Brite / Philips CFI LED linear suspended LBX luminaires come with optional LightBalance optics that give the versatility required for retail, industrial, and commercial applications. Available in five different configurations, the 4-foot and 8-foot units are easy to install and can be continuously mounted together in long runs. For applications where precise control is required LightBalance optics put the light where it’s needed.

“We are not just providing energy efficient LED lighting but the next generation of indoor positioning technology to help retailers keep up with the demands of modern shoppers,” said Amy Huntington, President of Philips Lighting Americas. “Around the world, we have already delivered on projects that demonstrate the potential of the Philips LED-based indoor positioning system and location analytics. It’s clear that shoppers want and expect these innovations, and we have an unmatched ability to deliver end-to-end systems and services that empower retailers to deliver them.”

The Philips Day-Brite LED Linear Suspended LBX is a connected luminaire, capable of being integrated into the Philips’ indoor positioning system – where individual light points transmit their location through a modulation of light (using a technology called Visible Light Communication) that is imperceptible to the human eye but not to a smartphone camera.

Upon downloading and switching on a retailer’s app, shoppers can access location-based services, for example, to plot the optimum route through the store to get items on their shopping list or to access product information or special offers and discounts.