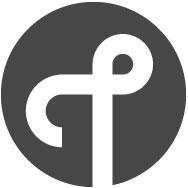 The Thread Group announced on Wednesday progress in market adoption of the Thread networking protocol. Adding to the eight Thread certified components currently available, the certification pipeline is full with devices from across the IoT ecosystem, including a number of end-products slated to be in the market by the end of the year.

The Thread Group also has a robust certification pipeline, with more than ten additional end products currently undergoing testing and expected to achieve certification by the end of 2017. Specifically, eero is pursuing Thread certification for the devices in their latest mesh Wi-Fi system, and Legrand plans to introduce Thread certified products, and will share more detail shortly.

To further address the industry-wide demand for a mesh networking protocol that works, and can be deployed, Thread added four new test labs sites internationally, and expanded the test program to include the “Thread Ready” designation for specific applications.

The Thread Group certification team is actively collaborating with more than 20 member companies across a wide range of verticals, and preparing each application to meet all the interoperability requirements to pass certification. The variety reflected by the eight Thread certified components available in the market today indicates strong demand for pre-certified components industry-wide. This also points to a future wave of Thread-enabled end products, as the components are the first building blocks essential to development.

“Our members are reporting strong demand for Thread, which is corroborated by our active testing pipeline,” said Grant Erickson, president of the Thread Group. “Companies are pursuing a number of use cases – from high-end controllers for the home, to commercial settings where IT teams need reliable connectivity with their building management systems, which Thread’s IP-based protocol ensures. The buzz behind the scenes is exciting, and we’ve scaled our testing operations accordingly.”

To accommodate the strong demand for Thread certification globally, and to expedite the testing process, the Thread Group recently expanded its authorized facilities to six laboratories across four different countries, including the U.S., United Kingdom, Germany and Taiwan. UL was the Thread Group’s sole testing partner at launch, and the organization has recently started working with UL’s Taiwan lab, in addition to locations in the U.S. and Europe.

To further boost market adoption of Thread-based solutions, Thread released a second formal recognition program of Thread technology implementations called “Thread Ready.” Thread Ready brings the validation and credibility of Thread’s rigorous testing to devices that meet the core requirements of the specification, but don’t require or use the full scope of the Thread certified product envelope.

Specifically, Thread Ready recognizes products that are either part of a private or closed ecosystem, or are otherwise resource-constrained by legacy components that can’t support the full feature set required for the full Thread-certified Product designation. The Thread Group’s board of directors reviews each Thread Ready application for this time-bound designation to ensure there is a path to full Thread adoption.

The Thread Group has continued to build relationships with other leading industry alliances, including a new liaison with KNX. The two groups have partnered to begin the work on incorporating Thread’s IP-based networking layer with KNX’s interoperable application layer that will address use cases in the commercial building domain.

IoT as a Preventive Measure Against Water Damage