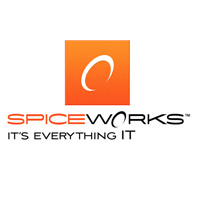 Spiceworks announced this week results of a new survey exploring the prevalence and challenges of the “Internet of Things” (IoT) in the workplace and the steps IT professionals are taking to prepare for the impact.

The study “2016 IoT Trends: The Devices have Landed” found that a majority of IT professionals (53 percent) believe wearables are most likely to be the source of a security breach among IoT devices connected to their network, followed by video equipment at 50 percent, physical security at 46 percent, and appliances at 45 percent. The independent study was sponsored by Cox Business, a facilities-based provider of voice, video and data solutions.

The results show while nearly 90 percent of IT professionals believe the influx of connected “things” creates security and privacy issues in the workplace, only one in three organizations is actively preparing for the impact IoT could have on their business.

The survey was conducted last month and included 440 respondents from North America and EMEA. Respondents are among the millions of IT professionals in Spiceworks and represent a variety of company sizes including small-to-medium-sized businesses and enterprises. Respondents come from a variety of industries including manufacturing, healthcare, non-profits, education, government, and finance.

IT pros are connecting more IoT devices to their networks than in 2014. In fact, the presence of wearables in the workplace has nearly doubled, and are expected to be the top source of security breaches among IoT devices. Yet the majority of organizations, particularly in EMEA, still aren’t preparing for the impact of IoT.

Security now takes the lead over insufficient bandwidth as the number one concern when it comes to keeping users connected. In fact, nearly 90 percent of IT pros say IoT poses security and privacy issues that need to be addressed. Topping that list of security concerns is the fact that IoT devices create more entry points into the network (84 percent). About three-quarters of IT pros are also worried that IoT manufacturers aren’t implementing sufficient security measures.

With more devices connecting to corporate networks, the results shows IT professionals are facing a different mix of challenges. Two years ago, insufficient bandwidth was the number one barrier to keeping users connected to corporate networks and the data they need, but security concerns are now the top barrier at 65 percent, followed by equipment issues at 42 percent. The challenge of insufficient bandwidth was listed third, decreasing from 45 percent to 37 percent in the last two years.

IT professionals were also asked to reveal their biggest security concerns about IoT devices in the workplace. Eighty-four percent said more entry points into the network was most concerning while 70 percent said some IoT manufacturers are not implementing sufficient security measures. Additionally, 68 percent of IT professionals said default passwords and 66 percent said the lack of IoT standards was concerning.

When asked to reveal who decides whether or not to support IoT devices, 50 percent of respondents said the CIO and IT department lead the discussion and six percent said the CTO, senior tech leaders, and development. However, 31 percent of IT professionals said adding IoT devices isn’t led by one individual or group.

IT professionals were also asked to indicate how the IT department handles the connectivity requirements of internet-enabled “things.” Forty-one percent of organizations have a separate network for IoT devices, but 39 percent are putting them on their corporate network. Notably, 11 percent of organizations don’t allow any IoT devices on their network.

“As the demand to put more IoT devices on corporate networks increases, IT professionals’ security concerns are increasing in tandem,” said Sanjay Castelino, Spiceworks’ vice president for marketing. “IT pros are well aware that more end points into the network puts their organization more at risk, but many businesses still aren’t equipped to manage IoT devices and identify potential threats.”