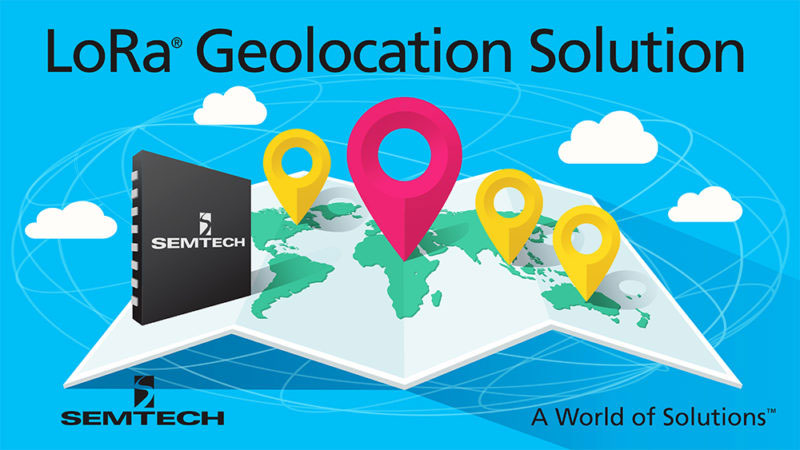 The LoRa geolocation solution is positioned to serve this need by offering power efficient, GPS-free location capability for a variety of markets, including automotive, logistics, consumer, insurance, agriculture and construction.

All LoRa-enabled end nodes are supported natively, which eliminates any impact on the bill of materials. Its network-derived geolocation does not require any additional processing on the end node maintaining the standard extremely low power consumption of LoRa, with over-the-air messages do not contain any positioning information. On top of the standard 128 bits AES encryption, this prohibits access to, or vulnerability of, asset or personal geolocation information.

Multiple gateway manufacturers have implemented the LoRa geolocation reference design since its introduction in March this year, and initial deployments are starting now with large-scale deployments expected for the second half of this year.

“We project fifteen billion connected devices by 2020,” said Emil Berthelsen, principal analyst at Machina Research. “Of those billions of devices, over half will include geodata and about one-third will critically depend on it.”

“This is an exciting enhancement to our already proven LoRa wireless RF solution,” said Jaap Groot, Vice President of System Business Development for Semtech’s Wireless and Sensing Product Group. “In order to serve the expected needs of companies using LoRa, our team developed groundbreaking technology to leverage the full potential of IoT. Adding geolocation to end nodes without increasing the bill of material or draining the batteries should open up a new arena of use cases and is expected to drive substantial revenue streams for LoRaWAN network operators.”

Semtech’s LoRa geolocation solution is enabled by version two LoRaWAN gateways that share an accurate, common time base and add an ultra-high resolution timestamp to each received LoRa data packet. Each base station will report the time of arrival and supporting metadata enabling location solvers based on differential time of arrival (DTOA) algorithms to determine the end node position to the nearest block.

“We’ve developed LoRa-based geolocation solutions, both base stations and software services, which are being implemented in our customers networks as we speak,” said William Gouesbet, CEO of Kerlink. “Enabling the tracking of any LoRa sensor without increasing its bill of material or reducing the battery life is a major step forward in driving the IoT to its full potential.”

“The new LoRa geolocation service will enrich the existing LoRa service. The ability to manage assets by knowing their locations will drive new business opportunities for existing and new organizations in the market. The LoRa geolocation service will further optimize processes, save costs, and help companies and governments in becoming smarter and more efficient,” said Jasper Snijder, EVP New Business from KPN.

“Location is one of the most needed features in any LPWAN network however until now it required satellite based solutions which are cost prohibitive and drain the batteries faster,” said Bart Van Den Meersche, Chief Enterprise Business Unit, Proximus. ”We are confident our LoRa eco system partners will develop a whole new arena of solutions driving additional customer value with this groundbreaking network-centric geolocation option.”