Nest Labs released Wednesday OpenThread, an open source implementation of the Thread networking protocol. With OpenThread, Nest is making the technology used in Nest products more broadly available to accelerate the development of products for the connected home. As more silicon providers adopt Thread, manufacturers will have the option of using a proven networking technology rather than creating their own, and consumers will have a growing selection of secure and reliable connected products to choose from.

Nest Labs was acquired by Google in January 2014  to accelerate Nest growth across hardware, software and services for the home globally.

Nest, along with ARM, Atmel, a subsidiary of Microchip Technology, Dialog Semiconductor, Qualcomm Technologies, a subsidiary of Qualcomm and Texas Instruments are contributing to the ongoing development of OpenThread. In addition, OpenThread can run on Thread-capable radios and corresponding development kits from silicon providers like NXP Semiconductors and Silicon Labs.

“Thread makes it possible for devices to simply, securely, and reliably connect to each other and to the cloud,” said Greg Hu, Head of Nest Platform and Works with Nest. “And because Thread is an IPv6 networking protocol built on open standards, millions of existing 802.15.4 wireless devices on the market can be easily updated to run Thread. OpenThread will significantly accelerate the deployment of Thread in these devices, establishing Thread as one of the key networking technology standards for connected products in the home.”

“Nest products set the bar for how connected devices should work so it’s exciting that Nest is releasing OpenThread to the open-source community,” said Jeffery Torrance, vice president, business development, Qualcomm Technologies, Inc. “As a company with a longstanding history of actively supporting and contributing to open technologies, OpenThread allows us to work with other like-minded corporations and individuals to deliver a best-in-class implementation of Thread that can be widely used for the advancement of a connected and secure home.”

Awareness of connected home brands gradually increases with household income levels. However, across multiple income levels, more than half of Americans can name at least one connected home brand. When asked which brands in the “connected or smart home” space came to mind, 21 percent named Nest as the top brand, while Apple takes second place with 12 percent of mentions and Samsung follows with 8 percent of mentions. 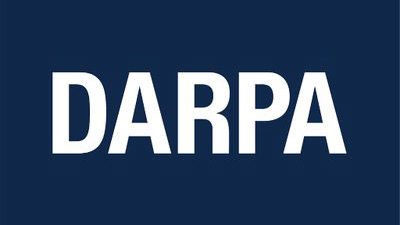