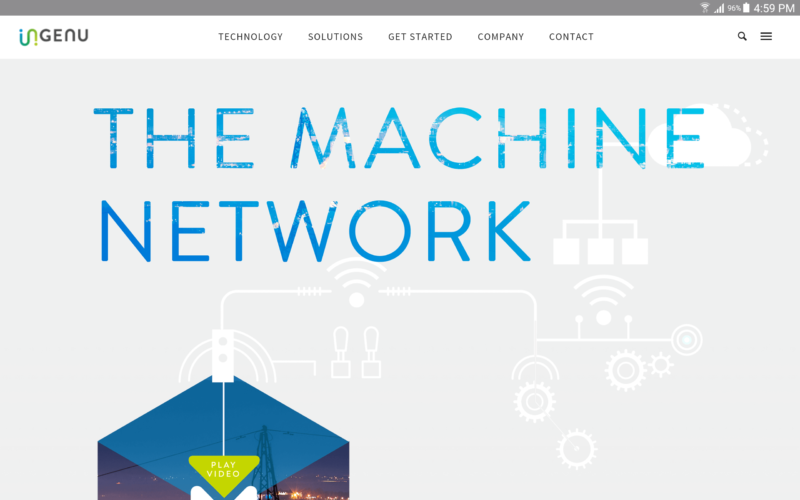 Both the Machine Network and the Global Licensee Network are powered by the company’s patented RPMA (Random Phase Multiple Access) technology, which provides low-power, wide-area connectivity for IoT.

Network operators utilizing Intellect can immediately create and manage partner accounts, including assigning rate plans and monitoring usage for each device partner on the network. Additionally, customizable news feeds can be disseminated for notification of maintenance, network and payment alerts, or marketing news.

immediate on-boarding of devices, which is not available with current competitive solutions. We are excited to provide our network operators and ecosystem partners with this next-generation tool to realize all the benefits that RPMA offers.”

RPMA gains its largest chunk of coverage from receiver sensitivity. Optimized receiver sensitivity provides sufficient amount of signal power while maintaining an enormous amount of capacity. Transmission power is also maximized to the greatest extent that government legislation will allow. Due to this, RPMA operates in the 2.4 GHz band of spectrum: it allows for greater transmission power. These factors combine to give a signal strength and coverage per access point.

RPMA utilizes the 2.4 GHz unlicensed and universal band, which offers 80MHz of bandwidth, which is different from having a highway with 80 lanes each 1 MHz wide. RPMA technology is efficient enough that its signal requires 1 MHz channel width to support an entire network.

As an example, San Diego Gas & Electric’s 4100 square mile private RPMA network is run entirely on a single 1 MHz buffer at the far left frequency of 2402 MHz. But it needn’t stop at 1 channel. With 1 MHz buffer on each side of a channel and 80 MHz of bandwidth available, there are 40 channels to choose from. This kind of bandwidth gives RPMA greater flexibility for locating frequency with less traffic.

While receiving signal, RPMA endpoints are constantly aware of channel conditions and local interference levels.This information is continuously signaled back to Access Point during any downlink transaction. In this way, the endpoint receives at maximum supported data rate. Downlink capacity is increased by a factor of ~30 relative to always transmitting at worse case spreading factor. These techniques combined allow RPMA to support simultaneous demodulation of up to 1200 fully overlapping signals per sector, all in the same frequency.