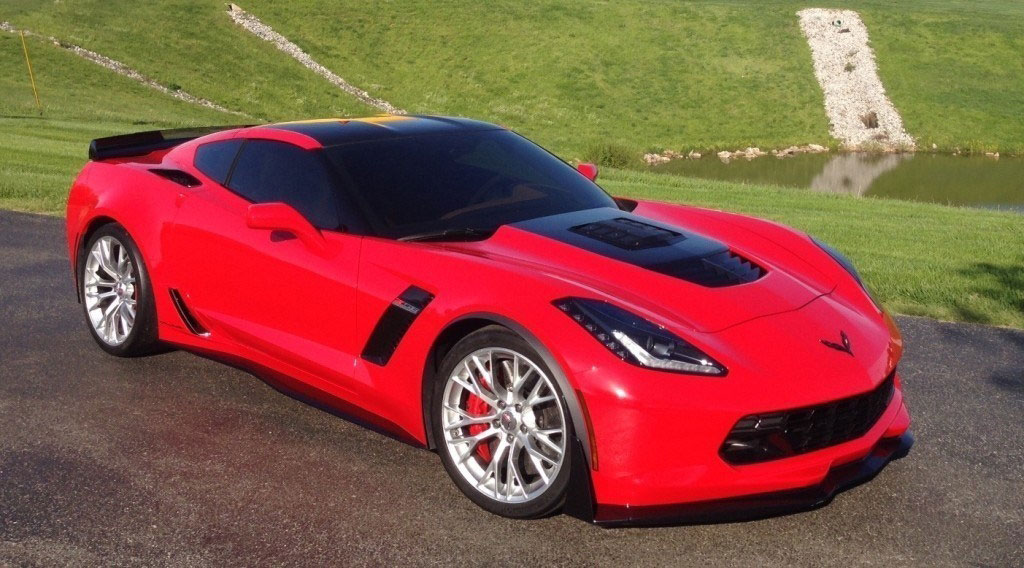 Callaway Cars is piloting Internet of Things (IoT) capabilities to gather and to analyze Callaway Corvette Z06 SC757 performance data during on-road testing. Callaway can then apply its real-world driving insights from the IoT readings to advance product development.

The company’s GenThree Supercharger enables the Callaway Corvette Z06 to run 0-to-60 mph in only 2.8 seconds and to cover a quarter mile in 10.5 seconds at 131 mph, while producing 757 bhp @ 6,500 rpm and 777 lb-ft @ 4,500 rpm (SAE). Also, Callaway’s three-element TripleCooled intercooler system eliminates the power-robbing heat soak phenomenon inherent in other superchargers for consistent performance on the road or at the track.

Callaway engineers designed the GenThree supercharger housing and integrated intake manifold to reduce charge air temperature and to increase airflow quality for more power, and more consistent power. In the previous Callaway Corvette supercharger design, charge air exiting the supercharger was directed through a single liquid-air intercooler and then downward into a log-style manifold, with virtually no manifold runners leading to the cylinder head ports. While this configuration performed remarkably well, there was room for improvement.

For GenThree, Callaway engineers rotated the supercharger rotor pack assembly 180° to direct charge air up, toward the top of the housing, through a primary intercooler and then around the sides of the housing. This intercooler conducts heat from the charge air to the intercooler coolant. The coolant is circulated through a heat exchanger in front of the radiator, where the heat is radiated into the atmosphere. The cooled air exiting the intercooler then flows through the upper section of the supercharger housing.

Since the housing extends through the Corvette hood and is exposed to ambient temperature, convective heat transfer removes additional heat from the charge air as it passes over the internal surface. Finally, just before reaching the cylinder heads, the inlet air passes through a set of auxiliary intercoolers – one for each bank – and still more heat is removed. This three element, TripleCooled design allowed the engineers to utilize very low restriction intercoolers, minimizing charge air pressure reduction. The engineers’ theory was proven beyond any doubt.

During dynamometer testing, inlet air temperature increased by less than 10°F during dyno pulls, compared to increases of at least 35°F with other supercharger systems. Eliminating the “heat soak” phenomenon inherent with supercharging, GenThree provides more consistent lap-to-lap performance at the track and run-to-run performance at the dragstrip, as well as eliminating power loss during extended towing or hauling.

Callaway Cars is working with product development firm Boston Engineering to design and to implement the ThingWorx IoT platform. Sensors in the Callaway Corvette Z06 collect performance data including speed, engine RPM, air intake temperature, and air outlet temperature. The car data is then transmitted to the ThingWorx cloud over a secure wireless connection where Callaway engineers can examine the readings. Callaway also plans to evaluate dealer and customer interest in accessing their Callaway car performance information using IoT.

“Callaway Cars exemplifies how an innovative manufacturer can use IoT to enhance R&D and to introduce new products for added business value,” said Bob Treiber, president and co-founder of Boston Engineering. “We provide powerful IoT capabilities by combining best-in-class technology from partners PTC and ThingWorx with two decades of product engineering consulting experience.”

Callaway Corvette Z06 equipped with IoT is on display as part of Boston Engineering’s IoT activities at LiveWorx.