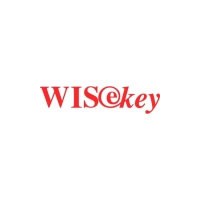 WISeKey International announced Thursday that it has made available its Cryptographic Root of Trust (RoT) to IoT manufacturers (OEMs) and service providers (SPs) allowing them to add the RoT at the IoT hardware level to encrypt the communication and authenticate their devices. WISeKey is already working with many IoT manufactures in China and India, and has developed an IoT center of excellency in both countries.

This technology integrates wearable technology with secure authentication and identification, in both physical and virtual environments, and empowers IoT and wearable devices to become secure transactional devices. WISeKey has patented this process in the USA as it is currently used by many IoT providers.

The RoT serves as a common trust anchor, which is recognized by the operating system (OS) and applications, to ensure the authenticity, confidentiality and integrity of on-line transactions. With the Cryptographic RoT embedded on the device, the IoT product manufacturers can use code-signing certificates and a cloud-based signature-as-a-service to secure interactions among objects and between objects and people.

The WISeID NFCTrusted can be embedded in a connected device without requiring device modification or app downloads. WISeKey’s NFCTrusted technology is an evolution of the WISeAuthentic offering that WISeKey has already deployed with several leading luxury brands, including over 1 million watches digitally tagged and for which WISeKey recently obtained a US patent.

WISeKey has made available its Cryptographic RoT to IoT manufacturers and chipmakers allowing them to add digital certificates on their chips at the hardware level to encrypt the communication and authenticate the devices.

The IoT security market is expected to grow from $6.89 billion in 2015 to nearly $29 billion by 2020 according to a report published by Markets and Markets, thus growing at an annual rate of 35 percent. These massively deployed connected objects are facing regular attacks hence generating a large need for trusted end-to-end cybersecurity solutions. This problem is affecting billions of people and IoT devices worldwide, and manufactures of these devices could be forced or incentivized to spend money to make their devices secure, as regulators might impose liabilities on them.

The rapid growth of the number of connected devices is driving the shift from the current traditional mobile payment method to highly secure transactions from wearable devices using trusted communications and authentication technology. WISeKey’s Cryptographic RT and NFCTrusted technology enables these wearable devices to connect safely and make secure payments and other transactions.

With computers and smartphones secure as they are due to various enterprise teams working on security to keep customer data protected, a lot of time is spent testing their code before it’s released, and patch vulnerabilities when they’re discovered. Those companies can support such teams as those companies make a huge amount of money, either directly or indirectly, from their software and, in part, compete on its security.

This isn’t true for IoT hardware manufacturers putting unprotected IoT on the market sold at a much lower margin, and are often built by offshore third parties. The companies involved simply don’t have the expertise to make them secure.

“The combination of IoT Cybersecurity technologies developed by WISeKey with Artificial Intelligence solutions are a game changer in our industry,” said Carlos Moreira, founder and CEO of WISeKey. “This new platform opens up many possibilities for improving the overall security functionalities and creating new business processes by taking advantage of the world of digital identification at the object level, which once combined with big-data allows us to gather and process all available information and generate actionable insights.”