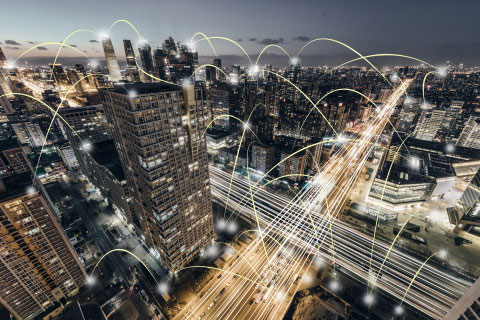 The concept of smart cities has gained traction not only within the technology community but also among city planners and architects across the globe. Smart cities are designed to make life easier for its residents through the integration of advanced technologies. With applications ranging from intelligent traffic signaling that reduces congestion to in-home sensors that control temperature and lighting, smart cities aim to improve the quality of life in urban areas. But is it possible for such societies to exist? Digitalization has promised so much in delivering an ideal society, but one question that remains is: Can smart cities be considered utopias?

What exactly is a smart city?

The goal of smart cities is to improve quality of life by using technology to enhance the efficiency of services in an effort to  meet residents’ needs. Smart cities rely on technologies such as big data analytics for real-time monitoring of conditions in various sectors.

Smart cities are utopias, but not in the ‘perfection’ sense. Rather, a smart city utopia represents a philosophy on life and work in an urban environment. Today, we’re living in the midst of one of the greatest transitions known to humans: the shift from an analog world to a digital world. Indeed, The Fourth Industrial Revolution is underway, and with it comes the promise of increased efficiency, less pollution, and better living conditions for all.

However, if smart cities rely on technology alone, then they will fail. They will turn into dystopias where there is no culture or community. In addition to technology, smart cities must embrace culture and community as well. This includes public spaces where people gather to celebrate and commiserate with one one another.

Smart cities have been hailed as the way forward for many years now but have been slow to take off because of the extensive support they require. This means that smart cities are still largely in their infancy and need time to grow before they can truly become utopias of efficiency, sustainability and convenience for all who live there.

As with any new technology, smart cities will have vulnerabilities that need to be resolved over time, since they could have far-reaching impacts. Security, in the larger scheme of things, will continue to be a major problem in a utopian civilization. To put it bluntly: Anything that can be hacked will be hacked.

It’s no secret that cyber threats have become a top priority for governments and militaries around the world. Attacks on critical infrastructure such as electrical grids and financial markets are a real possibility.

As threat levels rise, there’s increasing pressure to develop smart cities at an even faster pace. These cities will have to be designed to take advantage of new technologies such as autonomous vehicles and hybridized energy grids that are expected to make many tasks significantly more efficient. But smart cities will also need to be able to handle severe weather, natural disasters, and other unexpected events that could impact their infrastructure.

The goal is to create self-sufficient cities where citizen safety is the first priority and anything that could go wrong will have been anticipated and planned for ahead of time.

The concept of a smart city doesn’t simply refer to urban planning and technology. It also refers to the governance of a city. This includes the management of public services, such as transport and energy supply, and the sharing of data with citizens.

A smart city is also about innovative solutions that improve life for its inhabitants. These solutions include everything from mobility and public transport to energy efficiency in buildings and accessibility for pedestrians or people with disabilities. Essentially, a smart city will integrate multiple information and communication technology (ICT) and internet of things (IoT) solutions into a secure plan to manage various assets such as transportation systems, healthcare, sanitation, and other community services.

Smart governance is related to the way in which organizations are managed. It can be characterized as governing with high levels of transparency and collaboration with citizens. It also involves creating new partnerships between the public sector and private companies. Smart governance aims to create more efficient public services that citizens can easily access.

The role of local communities in the planning process is also crucial for the success of smart cities. Smart cities should be designed with an integrated approach involving all stakeholders. This will help identify the most relevant needs for improved quality of life

Can we consider a smart city a utopia? Yes, but not in the traditional sense. If we consider the definition of a utopian city, then yes, a smart city can be considered a utopia because it is an ideal city full of innovation and technologies that would make day-to-day living much easier for citizens. But if we compare utopian cities with smart cities on a macro level, then it’s safe to say that smart cities are far from perfect. But that’s okay, because if we are ‘smart’ about it, then smart cities can benefit society and its citizens in myriad ways.