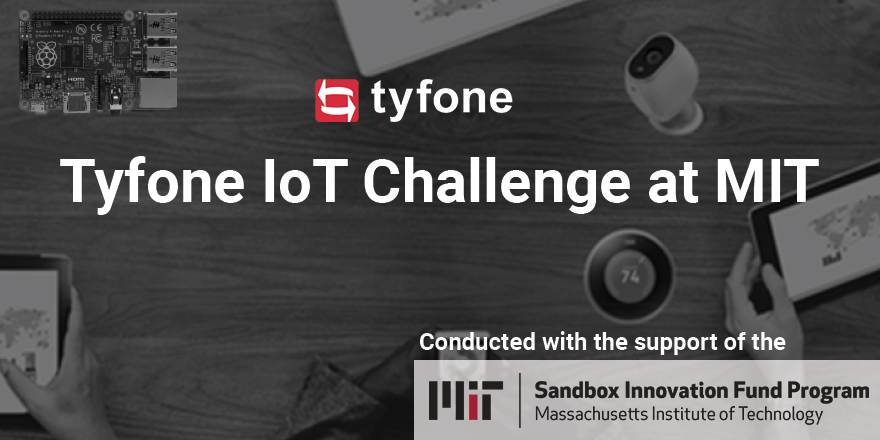 Tyfone launches last week its IoT Security Challenge at the Massachusetts Institute of Technology, featuring the company’s cyber security technology for Internet-connected devices and machines. The goal of the challenge is to provide MIT students with the opportunity to produce key solutions using Tyfone’s digital and cyber security technology for devices connected to the Internet.

The contest is being conducted with the support of the MIT Sandbox Innovation Fund Program, and will provide MIT students with Tyfone’s cyber security technology which can be leveraged to address the vulnerabilities of Internet-connected devices for the commercial and the industrial internet. The kickoff event will be held last week at MIT.

The Internet of Things revolves around Internet accessible automation with sensors in the real world capturing data and storing it in the cloud.  In this rapidly evolving space, security is often an afterthought. Secure Elements implemented in hardware have the potential to improve the security of the connections involved in the Internet of Things.

By adopting Tyfone’s Connected Smart Card hardware with IoT project to develop a secure connected service, all aspects of the Internet of Things are fair game: home automation and security systems, automotive connectivity, manufacturing, or new cool category that hasn’t even become a buzzword yet.

“Mobile devices and the IoT are simultaneously expanding the threat-surface and exposing security vulnerabilities in connected technologies we have come to rely on. The problem is worsening with hundreds of billions of IoT devices that are getting connected to the Internet,” according to Tyfone CEO Dr. Siva G. Narendra, “Software-only approaches, with passwords, cryptography keys and data all centralized in the cloud, have proven to be an ineffective security method. Tyfone’s patented solutions allow the highest levels of security by taking a decentralized approach, with a unique blend of software and hardware. We’re excited to see how MIT students make innovative use of our technology to secure their IoT devices.”

The Tyfone IoT Security Challenge at MIT allows student contestants to apply Tyfone’s security technology to IoT devices for commercial applications as well as the industrial internet. Students will prepare proposals over the next several weeks, with up to five teams will be selected to participate as finalists in the challenge.

Finalist teams will compete for up to $10,000 in cash awards, attend a technology workshop at MIT in June, and refine their projects over the summer months. Following a rigorous evaluation, the winners will be announced at a presentation and awards event on Sept. 8, 2016 at MIT.

The contest is being conducted with the support of the MIT Sandbox Innovation Fund Program (MIT Sandbox), which was launched this year to provide seed funding for student-initiated ideas, mentoring from within MIT and from a network of committed partners, as well as tailored educational experiences.

“We’re pleased to team up with Tyfone on the IoT Security Challenge contest. It’s a great fit with the MIT Sandbox Innovation Fund Program’s goal of helping students innovate, particularly in the IoT space,” said MIT Sandbox executive director Jinane Abounadi. “All teams that participate in the challenge that are interested in the development of those applications into enterprises will be invited to participate in the MIT Sandbox program in the Fall.”