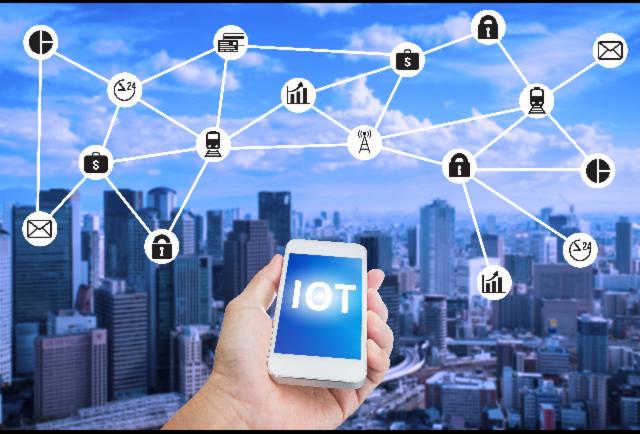 With President-elect Donald Trump set to take office in January, the Internet of Things (IoT) segment will face some changes; apart from plans mandating cybersecurity training for government employees and vowing to create a joint task forces to coordinate government responses to cyber threats at the local, state, and federal levels.

One of Trump’s first proposals as president is to order a review of all of the United States’ cyber defenses, including critical infrastructure. He has also promised to hire more cyber police, to boost the U.S. Cyber Command, and develop more advanced cyber weapons.

“As a leader of our country, Donald Trump will need advisors to help him assess the seriousness of attacks as they present themselves,” says Michael Patterson, CEO of Plixer. “A good indicator of his commitment is his pledged to force mandatory cyber awareness training for all government employees. Education is a very smart first step in combating Internet evils. He is also for the creation of detailed protocols for staying current on new methods of cyber-attacks.”

The H1-B visa program has been a target of controversy in recent years. Many employers based in Silicon Valley have called for the program to be expanded to help them find the talent they need. Critics, however, allege that many tech companies abuse the H1-B program, using it as an excuse to replace U.S. technology workers with cheaper labor.

Silicon Valley companies are lobbying Trump with the claim that the H1-B program should be expanded to help them stay competitive in an international marketplace.

That may be an unlikely outcome, however, given Trump’s promises to prioritize jobs for U.S. citizens and to cut down on immigration.

On the campaign trail, Trump seemed to shift his opinion concerning the program.

At one point, he said: “I know the H1-B very well. We shouldn’t have it; it’s very, very bad for workers.” Later, he argued for increasing the wage for H-1B visa recipients and making it a requirement for employers to look for U.S. workers before searching for foreign ones. During an exchange with Fox’s Megyn Kelly, Trump said that he had softened his position towards the program and that importing workers is sometimes a necessity.

Following that, Trump said in a statement on his website: “I will end forever the use of the H-1B as a cheap labor program, and institute an absolute requirement to hire American workers first for every visa and immigration program. No exceptions.”

Conversely, Trump seems more sure of keeping Ivy League–trained immigrants in the country with the hopes that they will launch companies here. “I am all in favor of keeping these talented people here so they can go to work in Silicon Valley,” Trump told CNBC anchor Becky Quick.

Meanwhile, Trump is reportedly looking to reward Senator and H1-B opponent Jeff Sessions (R-AL) with a cabinet post, according to the Washington Post.

Given his options, it would be simplest for Trump to modify the H-1B program to require employers to pay foreign workers more than the prevailing wage. Demanding that employers first research the labor market, however, would be more burdensome and would require public notice and comment before changing the rule. If Trump decides to scrap the H-1B program, Congress would need to amend the Immigration and Nationality Act.

Trump has also promised to erect hurdles to make it tougher for technology companies to send the production of electronics offshore. He has also threatened to slap tariffs in the range of 35 to 45 percent on some imports.

If he follows through with his plan, the cost of not only electronics but also transportation equipment and agricultural products could also go up significantly or the tariffs could eat into manufacturers’ margins, according to the U.S.-China Business Council.

The fortunes of U.S.-based electronics companies could brighten under Trump as they expand the scope of production to meet domestic demand. But while some companies that manufacture goods offshore could decide to relocate production to the U.S., the electronics supply chain in Asia is much more robust. In 2015, Chinese electronics exports were worth $600 billion while the U.S. share was worth $170 billion that same year.

Another factor that could lead to more expensive electronics include Trump’s promise to put tariffs on goods made in China while retooling NAFTA—both Mexico and Canada are among the top manufacturing countries.

As president, Trump plans to spend $1 trillion on revamping infrastructure in the U.S. over the next decade, but the money won’t necessarily come from the government. He plans to sidestep the potential reservations of budget-conscious conservatives by using public-private partnerships to lead the projects. Trump is hoping that $140 billion in tax credits to spur the infrastructure overhaul.

Without question, this cash won’t simply be used to rebuild the infrastructure of yesteryear. Trump wants U.S. infrastructure to be “second to none.” Trump has also said: “Americans deserve a reliable and efficient transportation network and the Trump Administration seeks to invest $550 billion to ensure we can export our goods and move our people faster and safer. We will harness technology and make smarter decisions on how we build and utilize our infrastructure.”

It will take more than $1 trillion in ten years, however, to even come close to equaling China’s investment in infrastructure. China spends more on infrastructure than the United States and Europe combined and has also been an aggressive investor in IoT-enabled smart infrastructure projects. In the first ten months of 2016 alone, the country spent $1.4 trillion on infrastructure.

Donald Trump appears to be generally in favor for expanding spying—both domestically and abroad. He has repeatedly stated that he tends to “err on the side of security” when explaining his support for the Patriot Act and other types of government surveillance. He has called Edward Snowden a “traitor” and supports NSA’s practice of gathering bulk metadata with court permission.

In February of this year, Trump called for a boycott of Apple products owing to its feud with FBI. Already, some European tech companies are using the prospects of a President Trump for marketing, boasting that European-based servers are tougher for spies to crack into.

While President Barack Obama has received pushback from the tech community for allowing NSA spying, it is likely that Trump would be more controversial in this regard. While the NSA employees could be more supportive, the current head of the agency and the U.S. Cyber Command, admiral Michael S. Rogers, alleges that Russia and WikiLeaks conspired together to help get Trump elected. Still, Trump will probably be a big booster for the agency, and could potentially expand its powers using executive orders.