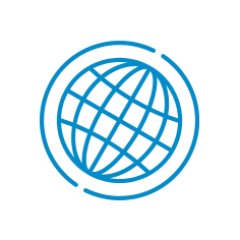 TrackNet announced this week its new TrackCentral LoRaWAN Network Server that has been optimized for hybrid “inside-out” LoRa Internet of Things (IoT) network deployments that need to track tens of millions of gateways and billions of sensors. TrackCentral has been in customer trials for several months and will be generally available next month.

TrackCentral has been architected and developed to meet requirements of hybrid inside-out deployments that feature an extremely large number of gateways in the network. TrackCentral’s multi-dimensional scale-out capabilities have been proven in TrackNet’s own complex simulation environment and load generator.

With the release of TrackCentral, TrackNet increases significantly its footprint into the infrastructure of large-scale LoRaWAN deployments based on the hybrid inside-out model. The company is a contributing member of the LoRa Alliance and the TrackNet team has been instrumental in specifying, building, and establishing LoRaWAN and the LoRa Alliance for more than five years.

TrackNet has offices in Switzerland and California, USA and is looking to build a talented, passionate team to realize IoT and LPWAN applications.

“The hybrid inside-out deployment model can easily be leveraged by the cable MSOs and service providers to roll out networks quickly and with an optimal cost structure to ensure long term success in the IoT sector,” said Hardy Schmidbauer, TrackNet co-founder and CEO.

Adaptive data rates (ADR) are also is a key feature of LoRaWAN, which enables scalability of the network capacity and long battery lifetime. In view of the potentially high diversity in applications and device populations, though, flexibility and modularity in core network server components such as ADR with potentially different algorithms for different applications, device types, or device populations is essential to ensure optimal performance of large-scale networks.

“We’ve utilized our deep knowledge of the LoRaWAN protocol to engineer TrackCentral to accommodate a wide variety of hubs and gateways,” said Thorsten Kramp, CTO of TrackNet and co-author of the LoRaWAN specification. “We anticipate that inside-out networks will grow very quickly once they get started and TrackCentral offers seamless scale out for service providers.”

Many LoRaWAN networks have been deployed on third-party tower infrastructure, which is optimal for achieving broad coverage. But, these networks are burdened with a high associated operational expense for the tower rental, making it prohibitive to achieve the low-cost network deployment that is needed to enable many IoT applications.

With the hybrid “inside-out” deployment model, which is being pursued by and is a natural fit for many cable operators and service providers, a network can include multiple different types of LoRa gateways including in-home and in-building gateways. The result is more complete coverage at a much lower network deployment cost. With this type of deployment model, scalability of the network server is key because each server must handle tens of millions of gateways and billions of devices compared to tens of thousands of gateways in a tower-based deployment model.