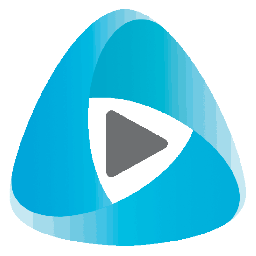 Sigma Designs, vendor of system-on-chip (SoC) solutions for smart TV and Internet of Things (IoT) for smart home, announced Thursday it has joined the Open Connectivity Foundation (OCF) with the aim to enable future IoT devices from the OCF ecosystem to interoperate with the Z-Wave certified device ecosystem. Sigma Designs will work in partnership with existing OCF members to define a unified standard for future OCF IoT devices to ensure interoperability and maintain high levels of security across standards.

The burgeoning IoT market is expecting rapid growth with billions of connected devices coming online; however, device and technology fragmentation is confusing consumers and slowing adoption. In an effort to change this and promote interoperability, OCF wishes to create a common IoT standard and sponsor an open source project that will allow all IoT devices to communicate with each other.

Last August 2016, Sigma Designs publicly released the Z-Wave specification to provide cloud service developers, gateway manufacturers, technology enthusiasts and makers access the Z-Wave interoperability layer for development of smart home applications. Z-Wave is streamlined for product development and ease of market entry. A full suite of development kits, modules and reference designs makes the process of creating, customizing and launching new Z-Wave products and services as easy as 1-2-3. Every product in the Z-Wave ecosystem will work with every other product, regardless of type, brand, manufacturer or version. No other smart home/IoT protocol can make this claim.

Other “smart” technologies use multiple, or even optional standards that effectively result in closed systems. This limits product choices for both vendors and consumers. The Z-Wave solution for smart home/IoT can guarantee interoperability.

With the Public Z-Wave offering, Sigma Designs makes it possible for developers to create plug-ins for connections through OCF and cloud-based services to work directly with Z-Wave products and gateways. Public Z-Wave includes access to the Z-Wave interoperability layer, the API specification for Z/IP (Z-Wave over IP), Z-Ware (Z-Wave middleware) software products, as well as the full specification of Z-Wave’s world-class S2 security application framework.

Advanced IoT “linguistics” go beyond mere communication into interoperable command and data exchange. All Z-Wave hardware and software works together, regardless of type, brand, or version, with Z-Wave’s application-level interoperability. This interoperability is now open to developers everywhere. Those pursuing new cloud initiatives will now be able to develop plug-ins for connections through OIC, AWS, and others that can work directly with Z-Wave products and gateways. This ties the smart home into new cloud initiatives, and extends the reach of the entire smart home market.

With the Z-Wave Public Specification, anyone can now download and use the Z-Wave Command Class Specification and the Z-Wave Device and Role Type Specifications. New entrants to the IoT can now see the details behind Z-Wave, and test for themselves before deciding which standards/protocols are best for their products or services.

“Z-Wave is the dominant communication standard for smart home devices, leading the way with more than 70 million interoperable Z-Wave smart home devices worldwide. As an open standard, including the publicly released Z-Wave protocol and radio specification, we are supportive of all forms of open IoT platforms and interoperability. With Public Z-Wave, Sigma Designs extends the reach of cloud-based services and devices connecting through OCF to work directly with over 1,700 Z-Wave certified devices and gateways available today,” said Raoul Wijgergangs, vice president of the Z-Wave Business unit at Sigma Designs. “We have now joined OCF as it complements our direction to standardize and simplify the IoT smart home market for an open, unified method of accessing all IoT devices.”