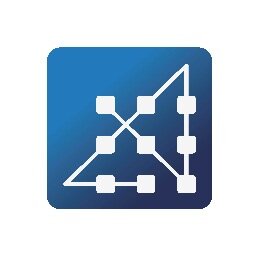 “TSMC’s process technology, design IP, development tools, and manufacturing support have been instrumental in our success in the 4G chip business for more than a decade, and never more so than in the IoT market with our Monarch LTE-M chip,” said Georges Karam, Sequans’ CEO. “We’ve launched more than a dozen 4G chips in that time, each of them produced by TSMC. Our success is due in no small part to our strategic relationship with TSMC.”

“TSMC congratulates Sequans on the successful launch of Monarch, a game-changing solution for wide area, low-power IoT market,” said Simon Wang, senior director of TSMC’s IoT Business Division. “We believe IoT will be a major growth driver for the semiconductor industry in years to come, and we’re excited about our long-term strategic relationship with an industry leader such as Sequans.”

“TSMC’s ultra-low-power (ULP) technology allows even 4G LTE chips to meet the long battery-life needs of many IoT use cases,” Karam added. “Their excellent portfolio of IP cores and electronic design automation (EDA) tools enable fast and economical chip development. And they have been an outstanding supply partner, reliably supporting Sequans’ volume needs to ensure our customers get to market on time.”

Last week, Sequans Communications announced that its Monarch LTE Platform has been certified to operate on Verizon’s 4G LTE network. Monarch is compliant with the 3GPP Release 13 LTE-Advanced standard defining narrowband LTE and developed to support low power and low data rate applications for the Internet of Things.

The certification means that Monarch is approved to operate on Verizon’s LTE Cat M1 network and that devices based on Monarch can benefit from faster certification and time to market. New LTE for IoT devices made by NimbeLink, Link Labs, and Encore Networks, all based on Monarch, have also recently been certified by Verizon.