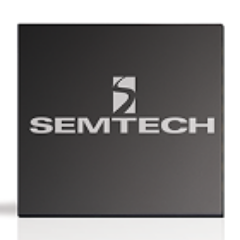 From last year, ZTE has rapidly deployed IoT applications based on the LoRaWAN protocol that is standardized by the LoRa Alliance. Semtech and ZTE will develop and test gateways with enhanced features including native and GPS-free geolocation.

LoRa Technology delivers long range on its single base station using LoRa Technology for deep penetration capability for dense urban environments and indoor coverage, while also providing the ability to connect to sensors more than 15-30 miles away in rural areas. The LoRaWAN protocol was developed specifically for low power and enables unprecedented battery lifetime of up to 20 years depending on the application.

LoRa technology has a GPS-free geolocation functionality (LoRa geolocation) that enables a range of applications required to determine location as part of the solution. The two vendors signed a memorandum of understanding for cooperation, among other things, incorporate Semtech’s LoRa devices and RF wireless technology (LoRa technology) into ZTE’s IoT solution portfolio for low power wide area networks (LPWAN). Under the cooperation MoU, the companies will jointly carry out gateway-related research and development in connection with the LoRa geolocation feature in order to meet various needs of IoT applications for LPWAN in China.

Since the execution of the Cooperation MoU in early 2016, ZTE has rapidly developed its LoRaWAN-based application ecosystem in China. Now, ZTE is ready to make its IoT solutions commercially available and focus on enhanced features like LoRa Geolocation.

“After extensive testing, we are excited to enhance the current features our ecosystem of LoRa-based IoT applications,” said Liu Jianye, vice president at ZTE. “Our goal is to deploy over 10,000 gateways and millions of sensors in China and beyond.”