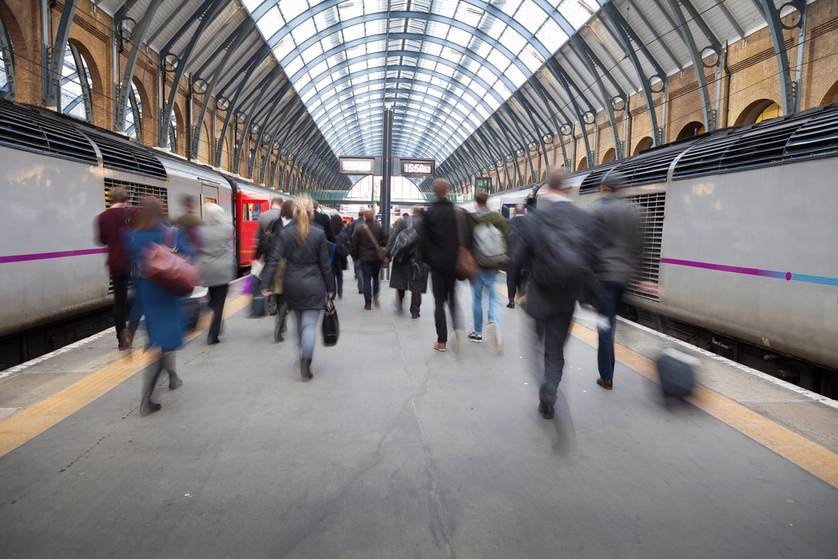 The U.S. Census Bureau reports that all but one of the nation’s 20 largest cities in 2015 saw their populations grow at an average rate that was almost double that of the previous decade. These new arrivals don’t just want to enjoy the traditional benefits of city life. They expect their municipalities to create so-called “smart cities” by leveraging technology to improve the efficiency of services, reduce traffic snarls and improve the overall quality of life. There are a number of examples in Europe, Asia and the U.S. that can serve as models any American city can follow. But creating a smart city is a complex and expensive undertaking. The good news is that the technologies and funding – both private and public – are available. The key is to break the project down into phases, starting with mass transit systems.

According to Juniper Research, there are two overarching benefits of smart cities: sustainability and efficiency. Juniper recently released its “Worldwide Smart Cities: Energy, Transport & Lighting 2016-2021” report that ranks the world’s top smart cities. 60 percent of the world’s leading smart cities are in Europe due to innovations in key initiatives such as reducing congestion and energy consumption. Singapore earned the top ranking due to its application of smart mobility policies and technology, particularly its fixed and cellular broadband services, city apps and strong open data policy.

The report also sheds light on why focusing on making mass transit smarter is so important.

“Congestion and mobility are almost universal issues for cities to address,” notes the report’s author Steffen Sorrell. “Facilitating the movement of citizens within urban agglomerations via transport networks is fundamental to a city’s economic growth. When addressed effectively, the impacts are substantial: higher economic productivity, potential for new revenue streams and services as well as a measurable benefit in reduced healthcare costs.”

Overcoming technology fragmentation
The primary obstacles U.S. cities face are the age and technical obsolescence of the networks supporting their mass transport systems. They were built decades ago and based on proprietary solutions. These aging networks that are expensive to operate and difficult to manage as more people adopt smartphones, tablets, smartwatches and other mobile devices. It also means fragmented communications between multiple systems, which leads to public safety risks for passengers and first responders.

How can a city make its transportation infrastructure smarter? By turning train stations, bus stops, airports and even parking spaces and street lights, into an open, high-speed connected communications network that enables government agencies, local businesses and residents to interact and share information in real-time. Turning these “dumb” resources into interactive points enable residents and visitors to receive hyper-contextualized, proximity-based, relevant notifications tied to proximity services and businesses, tourist and cultural information on their mobile devices.

Government and the business community can also benefit. For example, the Juniper report states that the potential for smart street lighting alone is not limited to reducing a city’s energy consumption. Additional sensors installed on fixtures can enable new services for revenue generation, such as municipal Wi-Fi and even retail marketing opportunities.

Remember how great it was when you first boarded a bus, train or airplane and discovered the availability of high speed Wi-Fi access? That experience pales in comparison with what’s possible in a connected smart city. Retailers can engage you while you’re riding on a train or waiting at a bus stop on a route will eventually take you near a specific store or restaurant. Or you can receive real-time alerts with relevant news and information about a broken water main on Main Street that includes up-to-date information on how it’s affecting traffic patterns, businesses, schools and homes in the area.

Bologna Airport, which ranks as Italy’s seventh largest airport in terms of passenger traffic, recently launched of a new digital infrastructure to improve access to information for travelers. The airport’s new “One Touch” mobile application delivers contextualized and personalized information to travelers based on their locations. It runs on a network of 40 Bluetooth beacons that are configured to address visitors with real-time information, triggering app notifications with relevant messaging according to different airport zones (i.e., terminal entrance, check-in, duty free, boarding).

No proprietary tech allowed
The critical component of any smart transit network is that it is open and available to everyone, regardless of which contactless technology they interact with (Bluetooth, NFC, QR code, Wi-Fi). If you’ve ever tried to turn your house into a smart home, you know how difficult it can be to connect your entertainment system, thermostat, security system, appliances, etc. if you’re working with hardware that only run on certain operating systems.

Municipal officials should insist on only partnering with technology developers and integrators that offer connectivity across all mobile devices. This will ensure all residents and visitors can leverage the connected network, and will more easily scale as additional smart services are implemented citywide in the future.

Laetitia Gazel Anthoine is the CEO and founder of Connecthings.