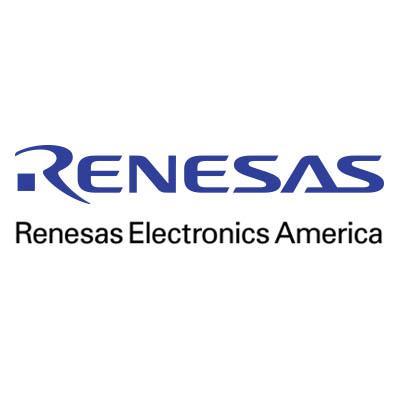 Advanced semiconductor supplier Renesas Electronics Corp. announced Thursday the RX65N and RX651 Groups of 32-bit microcontrollers (MCUs), which will be the new mainstream among Renesas’ next-generation RX Family lineup. The RX65N/RX651 Groups can be used in various application fields such as networked industrial machinery, building automation, and so forth.

Samples of the RX65N and RX651 Group of MCUs are available now.

By adopting the new RX65N/RX651 Groups, system manufacturers can increase the basic performance of their systems while also adding the ability to safely reprogram the MCU’s built-in memory over a network such as wireless local area network (WLAN) or Ethernet, and so forth. This makes it easier to develop end devices that allow timely changes to machine settings or control programs, as well as flexible machine control to accommodate changes in the installation environment or end-user requirements.

The expansion of the Industrial Internet of Things (IIoT) and Industry 4.0 has increased the need for secure network connectivity devices in manufacturing environments. Network connectivity makes it possible to monitor the operating state of machinery from both inside and outside the factory, to exchange data and make changes to production instructions, and to reprogram the MCU’s memory to update equipment settings.

System manufacturers also need the capability to safely reprogram firmware or data in the MCU’s on-chip flash memory to update machine control functions in a timely manner. The new RX65N and RX651 MCU Groups reduce development workload while making it easier to build systems for the IIoT and Industry 4.0.

The RX65N and RX651 MCUs are manufactured with an RXv2 CPU core that adopts the 40 nanometer (nm) process, delivering a CoreMark score of 516. With an operating current of 15 milliamperes (mA) (typ.), power performance is 34.4 CoreMark/mA – up to five times higher than that of comparable 32-bit MCUs in the 120 megahertz (MHz) operating frequency class.

With 1 megabyte (MB) of flash memory and 256 kilobytes (KB) of RAM, software can be developed to run exclusively in internal memory. The built-in memory alone can accommodate software for communication middleware processing of network connection, as well as buffer areas. This eliminates the need to access external memory results in reduced power consumption, and therefore contributes to further extend the battery operation time.

The high-performance RXv2 CPU core delivers 1.3 times the processing performance of comparable 32-bit MCUs in the 120 MHz operating frequency class2. This high level of performance enables the new RX65N and RX651 Groups to handle communication functions and added functions that make use of network connectivity, in addition to conventional measurement data operations and sequence control.

The RX65N and RX651 Groups retain legacy communication functions, such as Ethernet, USB, CAN, UART, SPI, and I2C, of the RX63N and RX631 Groups, both of which have a proven track record in various industrial machinery application fields. Additionally, the new MCUs provide a WLAN module connection through an SD host interface capable of 4-bit data communication, as well as Quad SPI with support for connections to serial flash memory. To manage all required communication stacks, a 256 KB embedded RAM can be used to handle the buffers.

The AES3 and TRNG4 hardware modules can be used to encrypt and decrypt communication data, assuring safe data transfer over networks. The area protection function makes it possible to apply protection against overwriting to specified areas when programs in the on-chip flash memory are updated. This prevents the flash memory from being reprogrammed erroneously.

Together, the above functions make it possible to ensure secure communication over networks and enable safe reprogramming with protection against mistaken overwriting of data. This allows system manufacturers to receive feedback from AI functions utilizing cloud or fog computing, to update machine settings or control functions in a timely manner by reprogramming via a network, or to update machine control functions in response to changes in the installation environment at the request of the end user.

In addition to supplying MCUs that maintain a high degree of compatibility with earlier members of the RX family as well as compilers, debuggers, code generation tools, and flash programmers, Renesas provides a comprehensive integrated development environment (IDE). Extensive software examples and drivers are also provided by Renesas, including the firmware integration technology (FIT) drivers.

FIT is a new concept that emphasizes the simplification of embedding peripheral function module drivers and improves the portability between RX MCUs, by offering common API functions to ensure an easy migration to and from existing products that support FIT. The device drivers and middleware can be combined and utilized in the development process with sample source code for peripheral functions supported by a code generation tool.

Documentation on incorporating FIT modules, manuals and technical updates can be updated and referenced using tools linked to an IDE, such as e2 studio, for even more flexibility during development. This means that device drivers and middleware can be developed in less time, reducing the development workload of the system overall by approximately 20 percent and enabling timely entry to market.