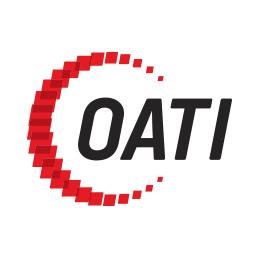 OATI announced Monday that it has been granted a patent from the U.S. Patent Office for the OATI GridSafe Public Key Infrastructure (PKI) security mechanism. GridSafe is the new paradigm of Internet of Things (IoT) security, and the result of leveraging years of expertise and leadership in the PKI security segment.

The OATI GridSafe patent sets a new standard for how grid edge device, and other high security IoT devices can be secured and authenticated. GridSafe is the initial process that will ensure PKI digital certificate security embedded on IoT devices to ensure device authentication and encryption of all data transmission. The results are fast and simply deployment of connecting grid edge IoT devices in different fields.

IoT will soon contain millions of connected end-points and millions of grid-edge devices. Without cybersecurity, however, communicating with these devices will leave utilities vulnerable to hackers looking to access and manipulate their critical data.

OATI GridSafe is a PKI authentication and security process that allows smart grid devices and distribution assets to securely communicate with control center operations using common wide area networks, such as the Internet, as well as private networks or, in hard to reach locations, cellular networks.

“OATI has been committed to the security of the energy industry since its founding more than 20 years ago,” said David Heim, Chief Strategy Officer at OATI. “The OATI GridSafe process will continue OATI’s commitment to securing the energy grid and its extension to grid edge IoT devices.”

“OATI is proud of this great accomplishment,” said Sasan Mokhtari, president and CEO of OATI. “With GridSafe, a solution for securing the millions of IoT devices and end points that are necessary for smart grid operations is here.”