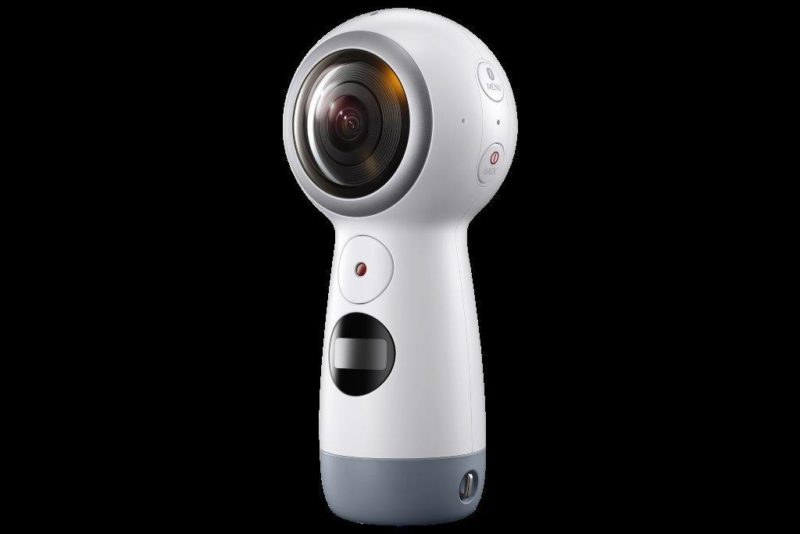 Samsung Electronics announced Wednesday its Gear 360, a 4K resolution 360-degree camera, expanding its virtual reality ecosystem. The new Gear 360 offers enhanced features for producing high-quality content, including a streamlined workflow. Gear 360 is lightweight and compact, with a refined and accessible design to enable everyone to capture life as it happens.

A wholly owned subsidiary of Samsung Electronics, the American arm of the company is pushing beyond the limits of existing technology and providing consumers and organizations with a portfolio of groundbreaking products in appliances, home entertainment, Internet of Things, mobile computing, smartphones, virtual reality, wireless infrastructure and wearables, in addition to offering content and services related to mobile payments, 360-degree VR video and customer support.

When paired with the Gear 360 application, users can control the camera remotely as well as stitch, edit and share content on the go. Whether creating a 360-degree video or still image, users can access various viewing modes, and editing tools to use on their own content.

When Gear 360 is paired with a compatible smartphone, the new device lets users share their moments at 2K resolution to platforms including Facebook, YouTube and Samsung VR.

“As consumers turn more to video to share their experiences, we want to deliver accessible and innovative products to make digital content easier to create, share and stream. The Gear 360 is no exception,” said DJ Koh, president of Mobile Communications Business, Samsung. “The updated Gear 360 continues to expand the horizons of what consumers can experience and share.”