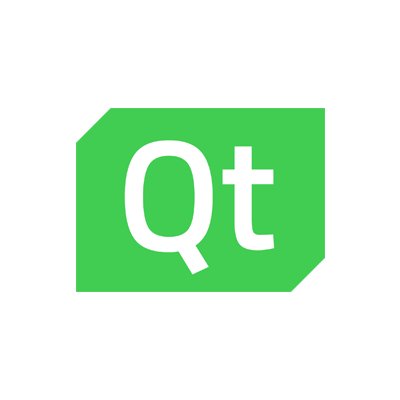 The Qt Company introduced Wednesday Qt 5.9, the latest version of its cross-platform software development framework that enables organizations to create user experiences their products deserve and their customers require. Fully leveraging the power of the C++11 programming language, Qt 5.9 offers higher performance and stability than ever before, in addition to long-term support (LTS). Qt’s technology is currently in use by a million developers across the world and eight of the top 10 Fortune 500 companies.

The company offers multiple different styles for Qt Quick Controls 2 and it is easy to make their own style as well. From an architectural viewpoint, the key difference of Qt Quick Controls 2 is that they leverage C++ for everything that can be done with C++ and offer just the QML API for applications to use.

The Qt Company develops and delivers the Qt development framework under commercial and open source licenses, by enabling a single software code across operating systems, platforms and screen types, from desktops and embedded systems to wearables and mobile devices. Qt is used by approximately one million developers worldwide and is an independent technology behind millions of devices and applications. Qt is the platform of choice for in-vehicle systems, medical devices, industrial automation devices, and other business critical application manufacturers, and is used by leading global players in more than 70 industries. The Qt Company is owned by the Qt Group, which operates in China, Finland, Germany, Japan, Korea, Norway, Russia and USA with more than 200 employees worldwide. The Qt Group is headquartered in Espoo, Finland and is listed on Nasdaq Helsinki Stock Exchange.

Qt 5.9 LTS introduces a new feature to cache OpenGL shaders to disk after the first run. If Qt Quick application is using OpenGL shaders, which is quite often the case, it will achieve a significant improvement in startup time compared to earlier versions of Qt. When comparing the performance of Qt 5.6 LTS to Qt 5.9 LTS using the same Qt Quick application with 10 shaders, Qt can see a significant improvement in the initialization time of the shaders. Some of the performance improvement observed in the measurement is due to the overall improvements in the graphics performance, but most of the improvement can be attributed to the new shader cache feature.

Qt 5.9 is long-term supported, which will result in a highly stable development timeline that will deliver a high degree of continuous user support. As such, Qt will use a phased approach to content in patch level releases for Qt 5.9. This is notable as Qt 5.9 be equipped with a range of new features, as well as its LTS designation underscores the value of users upgrading from Qt’s most recent LTS release, Qt 5.6 — as users’ existing applications will be faster, more secure and more stable on Qt 5.9. Due to Qt 5.9 being the release in which all new Qt projects will be delivered, we highly recommend that all users of Qt 5.6 upgrade to Qt 5.9 at their earliest convenience.

Qt 5.9 offers a range of performance enhancements compared to Qt 5.6, including Qt Quick Controls 2 (which is a new collection of UI controls for embedded and mobile); added support for ahead-of-time generation of QML-type caches; and the caching of code and data structures generated from .qml/.js files to disk. These features will greatly improve the startup time of the devices built with Qt.

Qt 5.9 is equipped with Qt 3D, which adds support for animations, and Qt 3D is now easily combined with Qt Quick. Qt 5.9 also features plugin support for multiple 3D geometry formats, such as Wavefront OBJ, PLY and FBX formats, and Qt3DExtras is enhanced with Physics Based Rendering (PBR) material support. Qt 5.9 officially supports the INTEGRITY RTOS, which is notable as the number of RTOS applications that require an advanced GUI framework to meet user expectations is growing rapidly. Other embedded operating systems, such as embedded Linux, are not sufficient when it comes to real-time capability, reliability, security and certified operations for certain industries such as automotive, medical and industry automation.

The new framework also includes a new graphics architecture, which paves the way for support for new graphics rendering backends based on other graphics APIs, such as Vulkan or Direct3D. Availability of Qt Lite, the lightweight and streamlined version of Qt that makes it faster, higher performing, more lightweight, and easier to work with than ever before.

It also delivers connectivity capabilities in the form of the Qt Serial Bus module for device bus communication (CAN & ModBus implementation). Qt 5.9 also features support for authentication of applications and devices to connect to the cloud and use third party web services with Qt Network Authentication Module Support for Bluetooth 4 and BTLE, and Bluetooth 4 and BTLE support is available for all of Qt’s supported platforms
— Improved Qt Quick Designer, which features integrated Qt Quick Controls for enhanced rapid UI prototyping

With Gartner, Inc. recently forecasting that 8.4 billion connected things will be in use worldwide in 2017 (up 31 percent from 2016) and will reach 20.4 billion by 2020, the Internet of Things (IoT) is now firmly entrenched as one of the leading areas of market opportunity across the global technology landscape.

As such, organizations and independent developers alike are eager to capitalize on this opportunity by quickly and easily building the applications and devices for today’s and tomorrow’s connected device/IoT industry. With Qt 5.9, these organizations and independent developers can leverage a cross-platform development framework that enables them to build powerful and flexible software for any operating system and any device — regardless of size.

“In today’s hyper-connected, mobile-first world, customer expectations have skyrocketed to levels that organizations couldn’t have envisioned even a few short years ago,” said Lars Knoll, CTO, The Qt Company. “Consequently, the apps and devices that developers are creating need to meet and exceed those elevated customer expectations for a world-class user experience — and the framework developers use to build those products has to be as advanced and versatile as they are. With Qt 5.9, we’re providing developers with the performance and stability they demand from their development tools to help position them for success in today’s highly competitive, app-driven economy.”