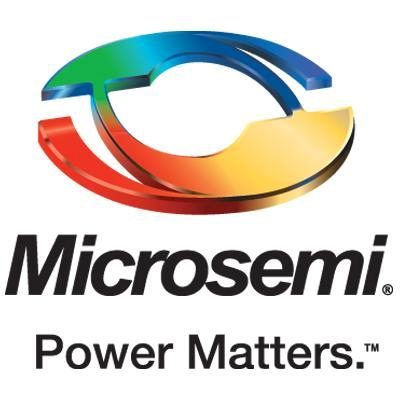 QUIDDIKEY-FLEX is a high-security key generation and storage mechanism offering advanced security features based on SRAM PUF. This mechanism combines the passive zeroization feature of volatile memory with tamper-resistant nonvolatile key storage, without requiring batteries. When the power to the SRAM PUF is off, which it is when not being actively used, the key effectively becomes invisible.

Built on Microsemi’s SmartFusion2 and IGLOO2 fourth-generation flash FPGA security model, the design security, anti-tamper and data security features have been greatly expanded for PolarFire FPGAs with additional and enhanced tamper monitors and responses, complementary to the PUF, for detecting and responding to threats before system security can be compromised; and with an advanced DPA-resistant crypto-processor.

Intrinsic ID’s QUIDDIKEY-FLEX SRAM PUF offers vital protection for secure hardware, design and data security, which are growing priorities for customers in every end market, particularly with defense and communications.

Microsemi’s new cost-optimized PolarFire FPGAs deliver the industry’s lowest power at mid-range densities with exceptional security and reliability. The product family features 12.7 Gbps Serializer/Deserializer (SerDes) transceivers at up to 50 percent lower power than competing FPGAs. Densities span from 100K to 500K logic elements (LEs) and are ideal for a wide range of applications within wireline access networks and cellular infrastructure, defense and commercial aviation markets, as well as industry 4.0 which includes the industrial automation and IoT markets.

According to a recent research report from MarketsandMarkets, the hardware encryption market is expected to be valued at nearly $414 billion by 2022, at a compound annual growth rate (CAGR) of 29.3 percent between 2016 and 2022. The major factors driving the growth of this market include increasing concern for data security issues and privacy of data, growing requirements of regulatory compliance, expansion of digital content and significant advantages over software encryption technology.

The SRAM PUF hardware serves as a primary element in the security of Microsemi’s PolarFire FPGAs, protecting customers’ intellectual property (IP) by providing confidentiality of the IP and protecting it against cloning and reverse engineering. In addition, it provides secure supply chain assurance for PolarFire FPGAs and ultimately users’ systems, and can secure end applications such as secure communications relying on cryptography. PolarFire FPGAs are ideal as the root of trust in a customer system, with QUIDDIKEY-FLEX’s hardware-intrinsic keys providing an essential trust anchor for the device and system. The PUF is also used to protect a new secure-NVM (sNVM) service where the FPGA customer can optionally store application keys and other sensitive data in authenticated or encrypted-and-authenticated form.

“Microsemi’s PolarFire FPGAs represent the industry’s most advanced programmable security FPGAs and our collaboration with Intrinsic ID to implement its QUIDDIKEY-FLEX SRAM-PUF has enabled us to further serve the demanding security needs of our growing FPGA customer base,” said Bruce Weyer, vice president and business unit manager at Microsemi. “Today’s applications are not only expected to meet high performance requirements but to do so securely, protecting both application designs and data. PolarFire FPGAs provide a solid, secure foundation for a wide range of these challenging applications.”

“Microsemi continues to demonstrate its leadership position in FPGAs using the most advanced PUF technology Intrinsic ID provides,” said Intrinsic ID Chief Executive Officer Pim Tuyls. “The version of the QUIDDIKEY-FLEX SRAM PUF used in PolarFire FPGAs is some of the most sophisticated IP we have delivered for key storage and device identification, and reflects our successful collaboration with Microsemi to help provide the most secure programmable mid-range FPGAs.”

Intrinsic ID’s QUIDDIKEY-FLEX SRAM PUF is a state-of-the-art method for secure on-chip key storage. Based on unavoidable random manufacturing variations, it generates full-entropy 256-bit hardware-intrinsic keys used as key-encryption keys for all the other keys stored on the device. Examples of these stored keys include the private elliptical curve cryptography (ECC) key used to identify the device, and the user-installed keys used for secure field updates.