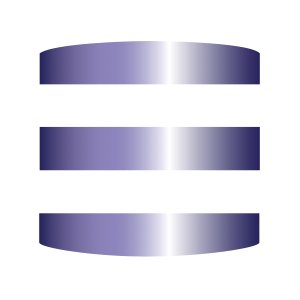 Version 6.0 of Kinetica includes faster performance leading to a more optimized and tuned experience; and NVIDIA NVLink support to boost database performance as data moves between GPU and CPU three times faster on average compared to the traditional PCI Express. Its advanced visualization delivers 3D acceleration with GPUs to deliver up to five times faster visualizations; comes with high availability for failover, so that no single point of failure with new intra-cluster failover protection, including native cluster resiliency. Even if a node fails, database will keep working.

Set to be available in the fourth quarter of this year, the Kinetica database makes “real time” a reality by ingesting large petabyte-scale, streaming data, while delivering analytic results and producing visualizations in milliseconds. Embedding GPUs into Kinetica’s architecture means there are 4,000-plus cores per device, versus 8 to 32 cores per CPU-based device. This translates into tangible savings from a smaller hardware footprint and less power and cooling.

By plugging into existing data architectures, Kinetica seamlessly delivers processing and analytics without the typical tuning, indexing, or tweaking associated with traditional CPU-based solutions. Data consumption is also simplified via free-text search, a native visualization engine, and plug-ins with third-party business intelligence applications such as Tableau, Kibana and Caravel.

Kinetica provides complete geospatial object track type support and a native geospatial visualization rendering engine that, in tandem with its parallel processing analytics capabilities, make it the best modern geospatial information system (GIS) for use cases where time and location matter. It costs a fraction of legacy tools, can alleviate costly middleware, and delivers much faster performance.

“Due to the rise in IoT, there’s a firehose of data streaming from every channel, device, and human interaction with a tremendous potential to act on that data,” said Nima Negahban, CTO and cofounder of Kinetica. “Kinetica uniquely addresses the new paradigm of data by accelerating the data center infrastructure with NVIDIA GPUs, merging the query needs of the traditional relational database developer with the scalability demands of the modern IoT-centric enterprise. Kinetica seamlessly plugs into existing data architectures and ingests, analyzes and visualizes in real time virtually all data sources via connectors including ODBC/JDBC, Apache Hadoop, Apache Kafka, Apache Spark, Apache NiFi, and others.”