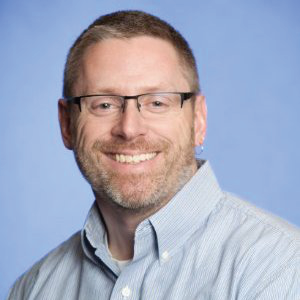 While computers have only existed in a recognizable form since the 1970s, the industry has rapidly advanced from Pong to the wide range of uses we enjoy today. However, in the grand scheme of history, computer-based inventions have exploded in a relatively short time. IoT devices were considered science fiction less than 30 years ago but are now part of our everyday lives. Rapid innovation is a foundational element of modern technology, but the current pace of technology is only possible because of the tools developers have at their disposal.

IoT Analytics predicts that there will be more than 27 billion IoT connections by 2025, bringing a massive surge in demand for low power wide area network (LPWAN) solutions using the LoRaWAN® standard. As IoT technology continues to innovate, developers will need to be well versed in connected technologies, such as LoRaWAN, to keep pace with the industry’s future. If companies want to keep top-tier developer talent, they will also get on board by offering the best tools for the job—as well as access to the knowledge that employees need—even as standards evolve.

Keeping pace with technology means embracing the cutting edge rather than trying to make do with tools ill-equipped to push the industry forward. From an industry standpoint, this goes beyond the employer. There should be more initiative to foster innovation and focus on helping developers be more successful in their work as an industry. To do this, we need to remove barriers to innovation. This is where tooling and standards can make a big difference. By providing guidelines, we can help developers focus more on creating solutions and less on figuring out how to make outdated tools and frameworks do things they weren’t designed for.

LPWAN is relatively new in the IoT space, and a failure to understand the value of these types of wireless technologies will create a lag in development. Developers being behind the curve on the latest LPWAN and accompanying technologies will lead to slower development, as catching up to new standards and protocols takes time; therefore, education for these new technologies is key. Developers and employers should be up to date with LPWAN now, instead of wasting time to get up to speed later. LoRaWAN was built from the ground-up to be an IoT protocol and, as is the case with any newer technology, developers and companies need educational resources so they can understand the benefits of the technology. The LoRa Developer Portal was built to help educate the ecosystem, offering a variety of resources to meet developers’ needs when it comes to having the tools and knowledge so that they can to continue to push the IoT into the future.

How Employers Can Support Developers

For businesses, providing the tools developers need impacts the bottom line. Getting products to market faster means increased revenue, which then bolsters the business the developer is working for. Therefore, companies not only need to encourage faster go-to-market solutions, but they must also encourage more innovation among their developers to avoid falling behind the competition. Providing access to the right tools enables their developers by giving them what they need to be true problem solvers. Enabling this innovation and problem-solving among their developers is how companies will get to market more quickly and thus increase their revenue,

Without the right tools for the job, companies risk more than time and money. Developers want to work for a company that is innovative and progressive. Creating the next big thing in IoT is complicated, and talented developers do not want to waste their time with tools that cannot do the job. Any company trying to forge ahead without the tools developers need will be at a distinct disadvantage. In a hiring environment where employers outnumber developers, companies need to take advantage of every possible avenue to attract talent. As more IoT standards rely on LoRaWAN, up-to-date tools and education will no longer be optional but required to meaningfully compete in the space.