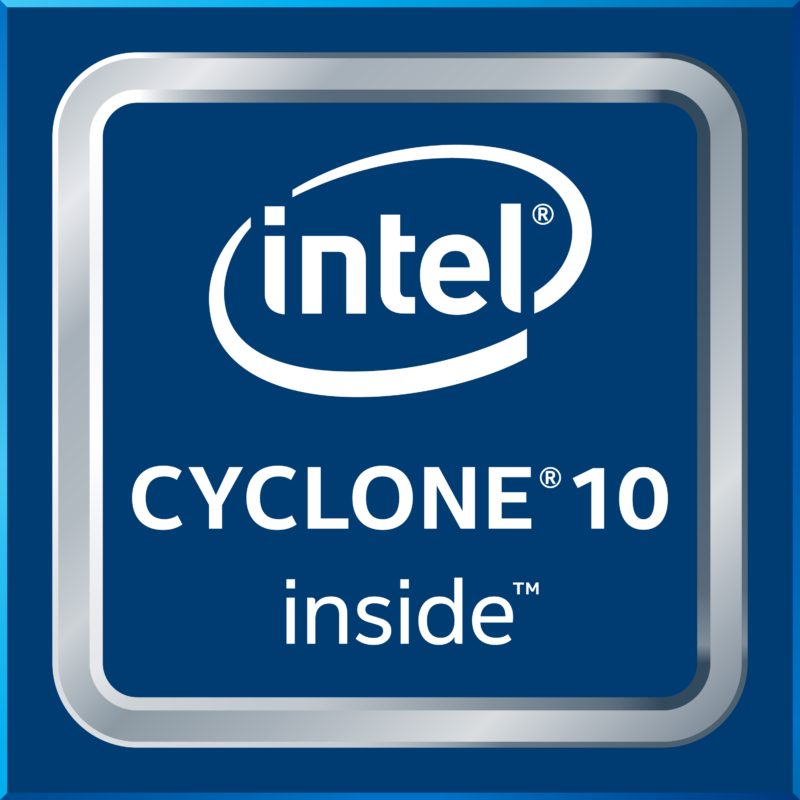 Designed to deliver fast and power-efficient processing, they have a variety of uses, including for automotive, industrial automation, pro audio visual and vision systems.

As the “things” become more connected and able to share volumes of real-time data among themselves, data become more difficult to process. Information coming in from sensors and cameras in buildings, factories, homes and vehicles at an increasing rate can no longer be adequately handled by microprocessors or microcontrollers alone.

The Cyclone 10 FPGAs – Cyclone 10 GX and Cyclone 10 LP – have their own features to address different design team needs.

Cyclone 10 GX can support 10G transceivers and hard floating point DSP (digital signal processing). It offers two-times the performance increase over the previous generation of Cyclone. The architectural innovation in the implementation of IEEE 754 single-precision hardened floating-point DSP blocks can enable processing rates up to 134 GFLOPs (giga floating-point operations per second). This is important for engineers needing higher performance using the FPGA for applications such as motion or motor control systems.

Markets for Intel Cyclone 10 GX include those where high I/O performance and core speed are key requirements. Uses include industrial machine vision and smart city applications that provide surveillance in parking lots, on roads and on bridges. Cyclone 10 GX is aimed at supporting pro AV technologies, such as video streaming applications.

By using FPGAs such as the Cyclone 10 GX, operators can benefit from significant reductions in overall cost of ownership across entire product lines. For example, operators can use Cyclone GX to lower their bill of materials costs by integrating industrial networking and functional safety in a single chip.

The Intel Cyclone 10 LP is the perfect solution for applications where cost and power are key factors in the design decision. These systems typically use FPGA densities that are sub 75K LE and chip-to-chip bridging functions between electronic components or I/O expansion for microprocessors.

Cyclone 10 LP can also be used for automotive video processing used in rear-view cameras and in sensor fusion, where data gathered while the car is on the road is combined from multiple sensors in the car to provide a more complete view of what is happening.

Designers using Cyclone GX and Cyclone LP FPGAs in industrial settings can more reach compliance under the Machinery Directive safety standard known as IEC 61508 by working with Intel, the first FPGA supplier to obtain device and tool qualification under this important industry standard.

The Cyclone 10 FPGA family will be available in the second half of this year, along with evaluation kits and boards, and the latest version of Quartus, the Intel FPGA programming software.