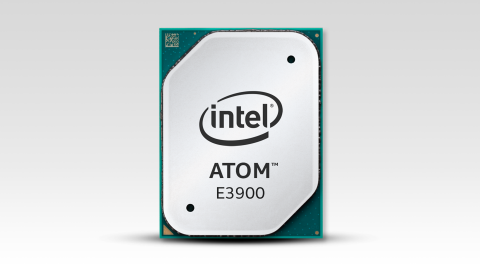 Intel announced this week its new Atom processor E3900 series designed from scratch to support the rapid development and the growing complexity of IoT businesses. The result is a processor exceptionally capable of delivering on performance, processing and scalability.

The Intel Atom processor E3900 series will offer significant advantage of economies of scale in IoT technologies across sensors, compute and storage. IoT technologies have the potential to disrupt whole industries and open new cycles of growth, as well as to transform daily experiences.

Intel is supporting the rapid development and the growing demands of IoT systems with the release of the new Intel Atom processor E3900 series, Intel Celeron processor N3350, and Intel Pentium processor N4200. These processors have the ability to handle more tasks and offer a revolutionary way to keep systems of devices in sync, executing a wide array of applications, from manufacturing robots and machinery, to radar and sensors on ships, planes, trains and automobiles, to in-vehicle experiences and video systems.

The Intel Atom processor E3900 series, Intel Celeron processor N3350, and Intel Pentium processor N4200 offer enhanced processing power in compact, low-power packages. They are now available with a quad-core processor running at up to 2.5 GHz, with memory speeds up to LPDDR4 2400. All of this power resides in a compact flip chip ball grid array (FCBGA), utilizing 14 nm silicon technology, making it an excellent fit for a range of IoT applications when space and power are at a premium.

The Intel Atom processor E3900 series will make the edge and fog more intelligent – enabling many of the processing needs to take place at or near the data sensor and alleviating the need to push all processing to the data center.

Fog computing, also known as fog networking, is a decentralized computing infrastructure in which computing resources and application services are distributed in the most logical place at any point from the data source to the cloud.

As an example, consider traffic cams and sensor data. There are significant downsides to sending data to a server for analysis, such as loss due to video compression and time spent in travel, versus having the ability to process data at the device. In the automotive industry, the software-defined cockpit is also where this edge computing capability can make a difference.

The ability for a single system to drive the digital gauges, navigation, and advance driver assist functions is the trend. It is important that backup sensors, bird’s-eye view parking or side collision alter function in a reliable response time, regardless of what the media or navigation system is doing at that time.

With more than 1.7 times more computing power over the previous generation, the E3900 Series is designed to enable faster memory speeds and memory bandwidth to provide processing capability needed for edge to cloud network computing.

Built into a compact flip chip ball grid array (FCBGA) and featuring 14 nanometer silicon technology, the Intel Atom processor E3900 series is perfect for a wide range of IoT applications, where scalable performance, space and power are at a premium.

To continue providing endless smart and connected device possibilities for the future, Intel is working with a diverse ecosystem of IoT device and equipment manufacturers, software vendors and OEMs, including Delphi, FAW, Neusoft, Hikvision and others across a variety of industries.