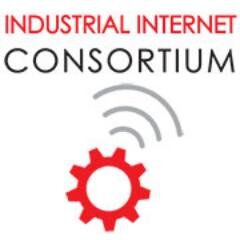 These members will officially join their peers at the IIC’s quarterly member meeting in St. Leon-Rot, Germany on Sept. 19th.

“I’d like to congratulate the new and re-elected Steering Committee members on their election and welcome them to the team,” said John Tuccillo, IIC Steering Committee Chair, and Senior Vice President of Global Industry and Government Affairs, Schneider Electric. “We have a dynamic group and I look forward to working together to guide the IIC and collaborate on strategic initiatives in the coming years.”

“As a Steering Committee member, I will foster collaboration between group leaders and encourage knowledge sharing and best practices among members to advance the goals of the IIC,”said Eric Harper, ABB’s senior principal scientist. He currently serves as co-chair for both the technology working group and the industrial analytics task group. He contributes to both the Testbed and Business Strategy and Solution Lifecycle (BSSL) Working Groups.

“As a Steering Committee member, I’ll continue to use my large-industry expertise with standards development organizations and testing, conformance, and interoperability labs to further the mission of the Industrial Internet Consortium,” said Jacques Durand, Director of Standards and Engineering, Fujitsu. “I’ll also bring additional representation on the SC for the IIC members of East Asia and in particular for the Japanese IIC community.” Durand is co-chair of the BSSL Group, and an active participant in the Liaisons, Technology, and Testbed groups.

“During the past year, I have been actively engaged in crafting the Industrial Internet Security Framework,” said Robert A. Martin, senior principal engineer at MITRE, who brings his knowledge and skills about risk management, cyber security, and quality assurance to the IIC. “As a Steering Committee member, I will ensure that we are diligent in how we shape new solutions and approaches to security.” Previously Martin co-chaired the Vertical Taxonomy Task Group and delivered the first version of the Verticals Taxonomy. He also serves on the Testbed Subcommittee and participates in the Industrie 4.0/IIC Joint Working Group on Security.

“The IIC has the scale and momentum to lead the amazing future of the Industrial IoT. Small companies bring great ingenuity and agility to the IIC but they need the IIC to move quickly,” said Dr. Schneider, CEO, Real-Time Innovations, a small company with more than 1,000 IIoT projects spanning many industries. “On the Steering Committee, I will work to speed execution and communication.”

The IIC announced last month a new testbed for next-generation factories: The Factory Automation Platform as a Service (FA PaaS) Testbed with IIC member organizations Hitachi, Mitsubishi Electric, and Intel Japan leading the testbed project. The goal of this testbed is to test open IoT platforms that seamlessly integrate factory automation (FA) in the front lines of manufacturing and information technologies (IT) that support management and operations.