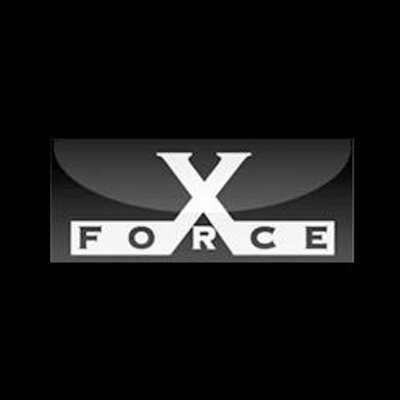 The new IoT services will be delivered alongside the Watson IoT Platform to provide security services by design to organizations developing IoT solutions for all industries. With 58 percent of organizations testing their IoT applications only during the production phase, the potential for introducing vulnerabilities into existing systems remains unacceptably high.

The Watson IoT Platform provides configuration and management of IoT environments, and the IBM X-Force Red services bring an added layer of security and penetration testing.

IBM X-Force Red worked with more than a dozen automotive manufacturers and third-party automotive suppliers to build expertise and programmatic penetration testing and consulting services. The formation of the automotive practice aims to help to shape and share industry best practices and standardize security protocols.

Earlier this year, IBM X-Force launched The Red Portal, a cloud-based collaboration platform for clients and security professionals that presents an end-to-end view of security testing programs. Clients can view real-time testing project milestones, vulnerabilities across all assets, reports of findings and the overall status of their managed testing program. The Red Portal centralizes and streamlines all communications with X-Force Red and provides a way to begin remediation immediately on the most critical items.

At this year’s Black Hat conference, X-Force Red will unveil the newest weapon in their arsenal. Cracken is a dedicated password-cracking cluster used by X-Force Red during penetration tests and security assessments.

IBM X-Force Red is a global team of security testing professionals assembled to provide agile, independent and proactive security testing services that organizations require. With the aim of helping the user discover and fix their business’ vulnerabilities. The IBM X-Force Red portal is a cloud-based platform for clients and IBM X-Force Red professionals that presents a real-time view of current testing activities, identified vulnerabilities across assets, and the overall status of the IBM managed testing program.

The new automotive practice is also applying some of the findings from research disclosed by IBM X-Force Red early this year that notified consumers and the automotive industry of security pitfalls inherent in connected cars. The research looked at the insecure transfer of ownership between owners of some connected cars, which may create an opportunity for a malicious takeover of the functions of the vehicle, such as locking and unlocking of doors, remote start, light and horn control, and the ability to geo-locate the current owner through a mobile app. When these findings were revealed at RSA 2017, Henderson and IBM X-Force Red also disclosed that these security loopholes were also identified across four major auto manufacturers.

Gartner estimates that the production of new automobiles equipped with data connectivity, either through a built-in communications module or by a tether to a mobile device, is forecast to reach to 61 million in 2020. With the current and future challenges in mind, IBM X-Force Red created an automotive practice dedicated to helping clients secure hardware, networks, applications, and human interactions.

Gartner forecasts that 8.4 billion connected things will be in use worldwide in 2017, up 31 percent from 2016, and will reach 20.4 billion by 2020. While the insights gained from IoT data help drive revenue streams and forge lasting customer relationships, demand and shortened production cycles often leads to rushed or non-existent security testing for these new products and services.

IBM X-Force Red has changed the delivery of security testing due to the perceived gaps in security of emerging technologies such as IoT and connected cars. Programmatic and on-demand security testing through the entire lifecycle of the products is emerging as the best way to find vulnerabilities in a proactive fashion. Watson IoT Platform customers will now be able to leverage the security expertise of IBM X-Force Red to assist throughout development and deployment.

“It’s not just about the technology, it is also about the global reach, investment, and collaborative approach which make IBM a trusted IoT partner for enterprise IoT solutions,” said James Murphy, Offering Manager, IBM Watson IoT Platform.  “With IoT technologies permeating the farthest corners of industry, IBM is bringing our Watson IoT Platform and X-Force Red security talent together to address present and future concerns.”

The skills and experience of the X-Force Red team alongside the Watson IoT Platform provide the vital components to help get clients off to the right start from design all the way through to go-live of their IoT solution.