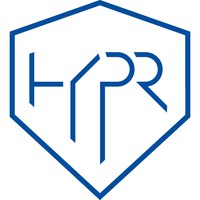 Biometric security company HYPR Corp. announced this week that the server component of the HYPR platform is officially FIDO certified. HYPR is known for providing the end-to-end security architecture that empowers biometric authentication across enterprises and their customers.

HYPR has already secured over 15 million users across the financial services industry, however IoT system makers including manufacturers of connected home product suites and physical access represent a growing portion of the company’s partner portfolio. With platform support for over 2 billion connected devices, HYPR continues to work closely within the FIDO Alliance to accelerate adoption of open standards such as the FIDO UAF and FIDO U2F protocols.

A company achieves FIDO Alliance certification only after first passing a series of rigorous conformance testing measuring interoperability, ensuring implementations are functional and compatible across all devices. With FIDO Alliance certification as a seal of approval, HYPR is further accelerating adoption of its biometric tokenization solution across the Internet of Things.

The rising number of connected devices and growth of IoT-related breaches in particular, highlights the importance of biometric authentication over passwords. Biometrics have presented new risks for service providers, with the 2015 US Office of Personal Management hack resulting in the compromise of millions of fingerprints.

With regards to the IoT, HYPR follows the FIDO standards for biometrics, leveraging decentralized authentication to ensure biometric data remains safely offline and stored on users’ local devices. HYPR is designed to be compatible with all applications, operating systems, and connected devices as well as numerous third-party biometric authentication modalities including voice, face, touch, eye, palm, and behavioral recognition.

“There are over 2 billion biometric-enabled devices out there today. HYPR enables manufacturers to integrate secure biometric authentication with any connected device —without having to add costly hardware and sensors,” said Bojan Simic, CTO and co-founder of HYPR. “By connecting mobile sensors with IoT servers and extending biometric tokenization down to the firmware level, HYPR transforms smart things into secure things.”

“The future of authentication lies in biometrics. Issues of data privacy have come to the forefront in this, the age of connected devices, and passwords are no longer offering consumers sufficient protection,” said Ann Johnson, general manager of the Enterprise Cybersecurity Group at Microsoft. “HYPR successfully alleviates potential for credential theft by offering enterprises an array of biometric alternatives for passwords.”

In addition to this certification, HYPR recently secured $3 million in funding from RTP Ventures, Boldstart Ventures and Mesh Ventures in order to better support its Fortune 500 enterprise partners. The capital helped HYPR fuel the rapid expansion of its security engineering talent pool and the extension of its headquartered office space in the Herald Square area. HYPR’s footprint has expanded by 3,500 square feet and the team has doubled since its funding announcement.

“HYPR works harder than any company in this space to provide its partners with ironclad security, which breaks the mold by delivering end users a frictionless digital experience,” said Ed Sim, managing partner and founder of Boldstart Ventures, an investor of HYPR Corp.

The overarching biometric security space has gained significant enterprise validation, as the opportunity for authentication in the IoT delivers new ways of authenticating users to the devices that will soon surround them.

“The future of our connected lives in terms of security and usability lies squarely in biometric authentication, and HYPR delivers just that across all industries,” said George Avetisov, CEO and co-founder of HYPR. “With growing concerns of secure data within banking, retail, and even auto industries having increased significantly, we’re helping our partners discontinue the use of the outmoded unsecure username/password scheme and replace it with biometric authentication.”

“The Internet of Things is connecting every touchpoint in our environment.  To maximize IoT adoption, it all starts with the consumer and the balance between privacy and security are paramount to their adoption of any new technology.  That means that if you replace traditional credentials with biometrics then consumers need to know that the data is under their control,” added Al Pascual, SVP and Research Director, Head of Fraud & Security at Javelin Strategy & Research.