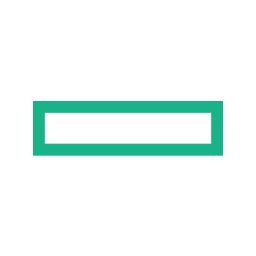 As organizations integrate IoT into mainstream operations, the onboarding and management of IoT devices remains costly and inefficient particularly at large scale. Concurrently, the diverse variations of IoT connectivity, protocols and security, prevent organizations from easily aggregating data across a heterogeneous fabric of connected things.

To deliver on IoT’s promise of deriving valuable insights from billions of connected things, HPE is helping organizations optimize the lifecycle of IoT devices. By reducing IoT connectivity costs and translating device communications to a common language, HPE is arming organizations with tools to dramatically change the economics and viability of large scale IoT deployments.

HPE Universal IoT Platform has been designed for massive scale, multi-vendor and multi-network support using the one M2M interoperability standard, the HPE Universal IoT Platform manages the HPE MVNE devices and provides multivendor IoT monitoring, reporting, and analytics services with carrier-grade reliability and scale. The platform supports long-range, low-power connectivity deployments such as LoRa and SIGFOX, as well as devices that use cellular, radio, Wi-Fi and Bluetooth.

The improvements include lightweight M2M standards support that offers plug-and-play interoperability between IoT devices and UIoT services; and expanded device management that allows management of both SIM and non-SIM based devices across different systems, devices, and applications. It also delivers increased LoRa gateway support to allow the use of multiple LoRa gateways with a common set of applications to simplify device provisioning and control in heterogeneous LoRa environments.

“For the full benefit of IoT to be realized by commercial interests and consumers alike, IoT sensor networks need to be deployable anywhere, reaching the most remote places on Earth,” said Paul Gudonis, President of Inmarsat’s Enterprise business. “The combination of Inmarsat’s industry-leading, global satellite network and HPE’s cloud-based Universal IoT Platform, allows enterprises to do exactly that. Our first project together in Precision Farming promises not only to create a new model for best practices in agriculture but is also an ideal go-to-market model of what our companies will be able to do across many other industries. We are extremely excited about this prospect.”

To deliver visibility and secure connectivity for large scale IoT deployments at the enterprise network edge, Aruba, a Hewlett Packard Enterprise company, announced the Aruba ClearPass Universal Profiler and the Aruba 2540 Series Switches. These new solutions identify and inventory all IoT devices as they connect to the network, and drive down the per-port cost of wired IoT connectivity.

The new ClearPass Universal Profiler automatically identifies the attributes of IoT devices as they attempt to connect to the network. This enables IT managers to catalog what IoT devices are on wired and wireless networks and assign the appropriate policies to each one. The Universal Profiler provides visibility and context regarding risk and performance issues derived via IoT devices.

HPE also unveiled several solutions and uses cases with an ecosystem of partners that will enable new IoT opportunities, including Factory Asset Anomaly Detection and Remediation that in collaboration with PTC and National Instruments, this Edgeline Systems offering enables early warning of potential failures, allowing maintenance techs to correct an issue before it becomes a major problem.

Developed with OSIsoft, this Edgeline Systems solution is designed for storing, managing and accessing time series data that is readily present in the operational technology and IoT world.

“Cost-prohibitive economics and the lack of a holistic solution are key barriers for mass adoption of IoT,” said Keerti Melkote, senior vice president and general manager, Hewlett Packard Enterprise. “By approaching IoT with innovations to expand our comprehensive framework built on edge infrastructure solutions, software platforms and technology ecosystem partners, HPE is addressing the cost, complexity and security concerns of organizations looking to enable a new class of services that will transform workplace and operational experiences.”