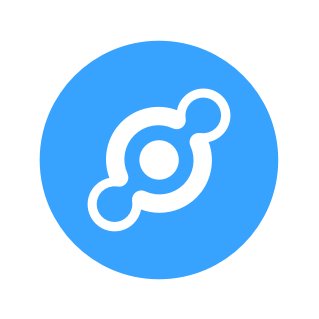 Helium launched Wednesday of its latest product suite, a comprehensive low-power, long-range solution for IoT devices. The new offering streamlines the ability to prototype, deploy and scale a long-range wireless network that connects thousands of end devices, giving companies a simple way to intelligently and securely deliver data from device to the cloud and application layer.

Helium will simplify everything that goes into purchasing, deploying and managing a long-range, low-power IoT solution, up-ending the traditional carrier-based model, which often does not provide reliable coverage where it is needed. Its products will work out of the box with all existing sensor hardware and a wide range of IoT cloud applications with little-to-no configuration.

With hardware as low as $19 per Helium Atom module, $29 per Element Access Point, and a simple $1.99 per month per installed Atom with no usage or data fees, Helium eliminates upcharges and most add-on costs. Helium’s open standards will ensure that it will support IoT hardware and software regardless of the IoT technology companies are using today or in the future.

Its features include zero configuration for simple installation and setup at scale; compatibility across hundreds of hardware providers; extremely long range connectivity, on the order of many city-blocks in dense urban applications and hundreds of square miles in sparse rural settings; IEEE standards-based hardware provides maximum flexibility for changing business demands with no proprietary lock-in; hardware-based security to ensure data is encrypted and devices authenticated, end to end; and over-the-air updating and bi-directional communication to provide future-proofing, up-to-date software and further protection from security risks.

Securely capturing and transmitting data from the hardware to the application layer is highly problematic for most organizations, who are faced with the challenges of configuring, securing and managing massive numbers of devices. “Connectivity is extraordinarily complicated when dealing with resource-constrained embedded devices,” said Amir Haleem, CEO of Helium. “Helium has taken a process that normally takes months of labor-intensive work from a large team and simplified it to a process that can be achieved in minutes with minimal staff, and provides the visibility and control needed to manage at scale going forward.”

As companies continue to build and scale their IoT deployments, it becomes especially crucial that they ensure full control and management of their operations. Helium allows companies to manage and update their systems from a central console, the Helium Dashboard, eliminating the need to visit every sensor in the field, which is a common challenge of remote field monitoring. Helium Dashboard also serves as a central point for Helium Channels, the setup and integration of the cloud applications and data stores used to assess and take action on these physical data.

“Although there has been great progress made in the areas of IoT hardware and cloud software, there are still major technical and economic challenges in getting connectivity to the edge point to gather and deliver data,” said Rob Bamforth, principal analyst at Quocirca. “Simplifying and lowering costs of connectivity deployment would remove a significant barrier to mass IoT adoption in several industries.”

Helium recently introduced Helium Channel, a pre-built, secure connection from Helium-powered devices straight through to preferred cloud (or clouds). Channels are also convenience layer between sensors and the chosen cloud of an organization. A Channel can connect to public clouds such as AWS IoT, Azure IoT, Google Cloud Platform— or a private cloud. Or both in parallel.