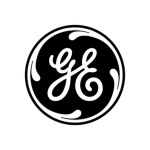 GE Appliances released Thursday three new channels on “If This Then That” (IFTTT), doubling their existing IFTTT presence from three channels to six and making GE Appliances the initial appliance manufacturer to have its entire appliance suite on the Internet of Things (IoT) platform.

GE Appliances has been working with IFTTT since last June, adding functionality for users to get more out of their GE Appliances products. The new channels add in functionality for the GE Appliances washer, dryer and dishwasher units, enabling users to connect their appliances to more than 100 other applications and connected devices, such as Facebook, Twitter, smart lighting, and various other smart home products. The functionality could have smart lights blink when the washer has 10 minutes left on the timer, or any time the wall oven is on a smart thermostat can tell the HVAC fan to turn on.

Currently, GE Appliances has over 400 connected users across its multiple IFTTT channels, resulting in more than 3,000 “recipes” (commands) running each week. An interesting feature of IFTTT is that users can use GE Appliances’ featured “recipes,” or create their own, allowing for the connected appliances to integrate with other Internet of Things-enabled products. IFTTT opens the door to the possibilities of how users operate their GE Appliances products as well as their everyday lives.

“It’s exciting to see GE Appliances bring their vision of a richer, more connected home to life with IFTTT,” said Anne Mercogliano, VP of marketing for IFTTT. “Having their entire suite of smart appliances on the platform creates new connections for the hundreds of existing apps and devices on IFTTT that gives the power to users to tailor their world to what is important to them.”

Last month, GE Appliances added a large, continuously filled water pitcher to select refrigerators for a constant source of filtered water. With the debut of the GE’s Autofill Pitcher technology, available for select GE refrigerators, users can reach in the refrigerator only to find that forgotten to refill the water pitcher is a nuisance of the past.

The Autofill Pitcher operates through a magnetic sensing system. A first magnet switch indicates when the pitcher is in its designated space for refilling; a second, floating switch indicates when the pitcher has reached capacity, stopping water flow. The Autofill Pitcher technology is now offered in GAS18PGJWW and GAS18PSJSS refrigerators, among GE’s most popular models, with a new filter.

The pitcher holds 74 fluid ounces, making a large quantity of chilled, filtered water always available in the kitchen. The GE Appliances refrigerators with Autofill Pitcher are available now with an MSRP ranging from US$899 to $999.