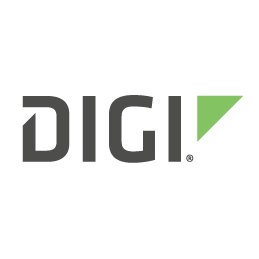 Digi International announced that on Monday, Mar. 6 at approximately 12:20 p.m. C.T.  its Digi XBee 802.15.4 modules will be used by the National Aeronautics and Space Administration (NASA) as part of a test program for wireless communications within satellites and payloads from the International Space Station (ISS).

Slightly after noontime on Monday, at an altitude of approximately 250 miles, the ISS will release a TechEdSat 5 (Technical and Educational Satellite 5), a cuboid-shaped device, approximately the size of a fire extinguisher. After a 30-minute time-period, Digi XBee modules, taking the place of wired connections, will begin to operate as the wireless “data-crossroads” between key components of the satellite.

At ten second intervals, the Digi XBees will transmit important orbital data within the satellite including the satellite’s translational acceleration and angular rate, magnetic field, atmospheric pressure, temperature, and strain. This data will then be used in the design of future satellites.

In addition to testing wireless communications within the satellite while in orbit, the mission will include the testing of a passive de-orbit system for the ISS to bring samples back to earth in an “on-demand” model.

Typically, data communications are transmitted through wired connections, but as part of a “wireless-in-space” effort, NASA is working to augment traditional wiring with wireless networking to lessen weight, increase payload capacity and create new communication models. For example, through wireless communications, future satellites could communicate directly with each other in a mesh network.

“This is another example of the limitless possibilities of wireless communications,” said Rob Faludi, chief innovation officer, Digi International. “NASA is continually expanding the boundaries of creating and applying innovative technologies and we’re thrilled to be part of these efforts.”

In addition to testing wireless communications within the satellite while in orbit, the mission will include the testing of a passive de-orbit system for the ISS to bring samples back to earth in an “on-demand” model.

Typical de-orbit delivery methods require the use of rocket technology to decelerate delivery payloads, but, due to safety concerns, storage of rockets on the ISS is not a possibility. NASA’s Ames Research Center in California’s Silicon Valley has been experimenting with “drag” technology to deliver payloads in a parachute-like manner back to earth through the use of an Exo-Brake, a specially-designed braking device that operates similar to a parachute at extremely high speeds and low air pressures, designed to descend to earth over a period of weeks.

Over the course of its descent, Digi XBee will be transmitting data on the performance and testing of the modulating Exo-Brake as it changes its surface area to allow the satellite to more precisely enter the atmosphere.

As a first test, the initial deployment will call for the satellite to be burned up in the atmosphere, but later missions are planned with wingsail style parachutes that will continue the effort to bring perishable experiment samples quickly back from the ISS.

“NASA is looking at wireless sensor technology as another tool to help understand vehicle dynamics, heat-shield or ablator performance, and fluid mechanics” said Marcus S. Murbach, principal investigator, at Ames. “Of particular interest is the application of wireless sensor technology to a controllable Exo-Brake – to which data can be compared to entry systems models of drag-based de-orbit.”

The flight plan calls for the SOAREX (Sub-Orbital Aerodynamic Re-entry Experiments) payload (eighth of the series) to be delivered by a suborbital rocket to roughly 250 miles above earth to test new “Exo-Brake” technology – a specially-designed braking device that operates similar to a parachute at extremely high speeds and low air pressures. A new de-orbit technique, Exo-Brakes are being considered as possible solutions for returning cargo from the International Space Station (ISS), orbiting platforms or as possible landing mechanisms in low-density atmospheres.

As part of a five-node network, XBee ZigBee will be used to monitor Exo-Brake performance data that encompass three-axis acceleration parameters as well as temperature and air pressure. The payload avionics will relay the XBee data to earth via an Iridium satellite. Specifically, the XBee modules will be used to create the wireless sensor data network for the Exo-Brake and transfer the data to the Iridium uplink.