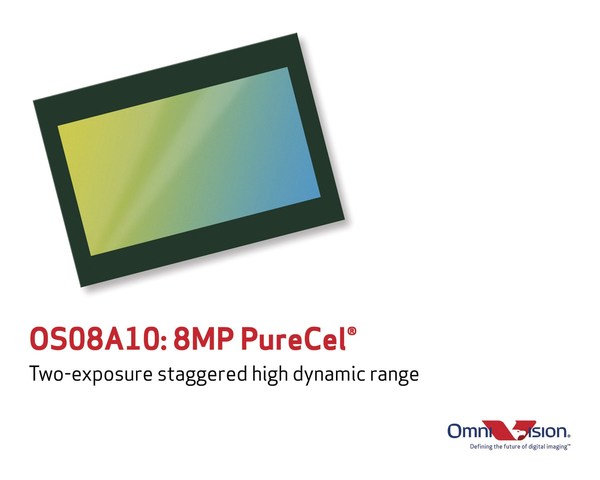 Security cameras connected via Wi-Fi often share bandwidth with other devices such as servers, computers, routers, televisions, and video-streaming devices. With video processors that support codec specifications for high-efficiency video coding (HEVC) becoming mainstream, 4K2K video output from 8-megapixel sensors can easily be compressed and streamed without crowding the bandwidth.

Additionally, manufacturers and consumers are pushing for 4K video content to match display resolution, especially when the prices for 4K display televisions are dropping.

OmniVision’s OS08A image sensor was designed to address these trends, providing both an increased number of pixels as well as advanced compression technology to accommodate 4K displays.

The OS08A is currently available for sampling and is expected to enter volume production in the second quarter of this year.