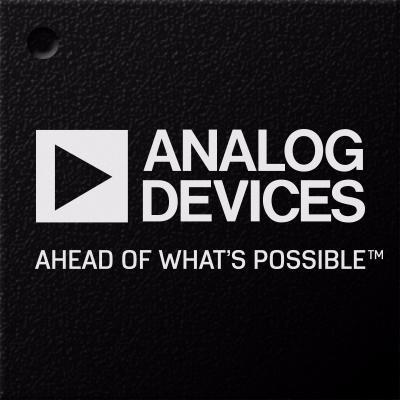 With its extremely low power capabilities, the ADXL372 micropower high-g MEMS accelerometer targets Internet of Things (IoT) solutions where shock and impact on a unit during storage, transit, or use would adversely affect its function, safety, or reliability.

Representative assets include materials inside shipping and storage containers, factory machinery, and battery powered products where there may be lengthy quiet periods punctuated by spontaneous, severe impacts.

The ADXL372 is an ultralow power, 3-axis, ±200 g MEMS accelerometer that consumes 22 μA at a 3200 Hz output data rate (ODR). The ADXL372 does not power cycle its front end to achieve its low power operation and therefore does not run the risk of aliasing the output of the sensor.

In addition to its ultralow power consumption, the ADXL372 has many features to enable impact detection while providing system level power reduction.

The device includes a deep multimode output first in, first out (FIFO), several activity detection modes, and a method for capturing only the peak acceleration of over threshold events.

Two additional lower power modes with interrupt driven, wake-up features are available for monitoring motion during periods of inactivity. In wake-up mode, acceleration data can be averaged to obtain a low enough output noise to trigger on low g thresholds. In instant on mode, the ADXL372 consumes 1.4 μA while continuously monitoring the environment for impacts.

When an impact event that exceeds the internally set threshold is detected, the device switches to normal operating mode fast enough to record the event.

The ADXL372 provides 12-bit output data at 100 mg/LSB scale factor. The user can access configuration and data registers via the serial peripheral interface (SPI) or limited I2C protocol. The ADXL372 operates over a wide supply voltage range and is available in a 3 mm × 3.25 mm × 1.06 mm package.

High g applications tend to experience acceleration content over a wide range of frequencies. The ADXL372 includes a 4-pole low-pass antialiasing filter to attenuate out of band signals that are common in high g applications.

The ADXL372 also incorporates a high-pass filter to eliminate initial and slow changing errors, such as ambient temperature drift.

this ultralow power MEMS sensor has an “instant on” feature and can wake up immediately to acquire the entire waveform, which significantly reduces standby power drain. The resulting low current requirement of less than two microamps while waiting for an impact typically yields years of operation from a single small battery when the sensor is used in a motion-activated system.

By using the ADXL372 MEMS accelerometer as part of a remote edge-node device in an IoT application, transient events can be captured and categorized by a localized processor beforehand by being sent to the cloud or other data center via a wireless link. Keeping the analysis localized saves power, time, and prevents unnecessary transfer of data for an event that is actually insignificant.

The wide bandwidth of 3200 Hz and dynamic range of ±200 g make it ideal for a diverse set of asset health-monitoring applications including monitoring of concussions for indication of Traumatic Brain Injury in both athletes and military personnel.

Other microcontrollers include the ADuCM3027 and ADuCM3029; all of these devices feature both active and hibernate modes with ultralow power demands, and target applications where power consumption, security, and robustness are key requirements.