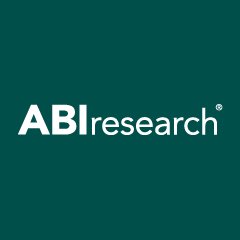 In its latest report that investigates the role of automation in cybersecurity settings, ABI Research finds that there are seven vital automated IT security applications that will function as the stepping stones necessary to advance cybersecurity in the new world of artificial intelligence.

As security analysts, network engineers, and IT personnel face increasingly tougher challenges due to the proliferation and magnitude of modern cyber threats, automation will become key with ABI Research anticipating it to reach critical mass within the next four years. Big data, business intelligence, and data analytics platforms are forecast to top $54 billion by 2021 with network security and incident response predicted to climb to $59 billion by the same year.

Automating security processes is a concept that has been gaining traction recently with the enterprise market, both driving new innovative applications but also absorbing some much-needed upgrades.

An introductory example for automation that always comes to mind is automating malware detection and threat containerization—a  task that has remained a mandatory component for companies worldwide over the course of the past decades. It would seem beyond comprehension for even novice technology users to go through each and every security alert in their personal computers and manually rectify any security issues, separating legitimate from infected files. This would be unnecessary as well as bothersome, apart from being highly prone to errors.